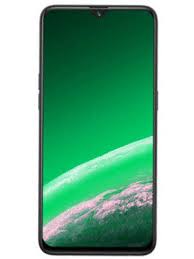 Realme after launching series of C series, now gearing up to bring next budget smartphone which may be the upcoming Realme C35. However, there has been quite some gap that company has not brought the C series Smartphone. And, now there are reports suggesting that upcoming Realme C35 that appears online hinting at its imminent launch. Moreover, the Realme C35 appears on Geekbench certification website revealing few key details and specifications. However, the company doesn’t confirm the specifications of launch of the device.

Realme is working on the next C series Smartphone under moniker Realme C35. The device appears on the Geekbench certification listing revealing the key specifications and details. Moreover, the Geekbench reveals the device will have model number RMX351. As per the reports, the device will get power from the UniSoC chipset. However, the chipset is still underwraps. But, it may be UniSoC T610 as per the clock speed details of the device. In addition, the Octa-core chipset will have two high performance cores at 1.95GHz and six efficiency cores at 1.82 GHz. The processor will be accompanied by Mali G57 GPU with 4GB RAM support. The internal storage configuration is unknown. However, there may be chances that the company may bring 3GB variant also.

Moreover, the device will run Android 11 with layer of Realme UI 2.0. Other than this, there is no details of the device at the moment. In addition, there are speculations that the panel will have 6.5-inch IPS LCD HD+ display with water drop notch housing front camera.