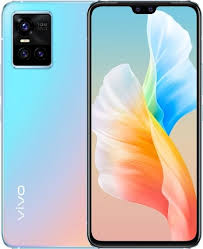 Vivo is now prepping up to bring the new S- series smartphone in China. The upcoming Vivo S12 series will makes its entry very soon that includes the standard Vivo S12 and the S12 Pro. Moreover, these smartphones with model numbers V2162A and V2163 appears on TENNA certification website. However, the launch dates are still under wraps. In the recent development, the new leak came with other key details surfacing online including the live images.

The company is soon going to launch the upcoming Vivo S12 series as the device is surfacing online frequently. The device was previously on the TENNA and the 3C listing hinting at its imminent launch. Moreover, the live image of the high end device Vivo S12 Pro emerges online revealing few key details and looks. As per the image, the device will have a wide notch at the top of the display same as that of Pixel and iphone. In addition, the upcoming device will get two dual-front camera that includes 50MP primary sensor. Furthermore, the image reveals the presence of curve display.

Moreover, other than this the device was on 3C listing revealing the presence of 44W fast charging support. The TENNA listing doesn’t reveal any further details other than the model number. Apart from this, there are no details about this upcoming Vivo S12 series. This device will be the successor of the Vivo S10 series. Thus, we may expect few similar key features with slight upgrades.