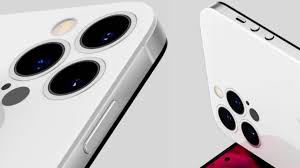 Apple is now working on the next number series iPhone 14 series. However, there is no official confirmation regarding the arrival of the device. Moreover, there were leaks that company will eradicate the massive notch this time to bring the puch hole cutout design. In addition, the tipster Ross Young CEO of display supply chain consultant (DSCC) reveals that the there is only one exclusive supplier for the display of upcoming Pro iPhone models.

The company is going to soon bring the next iPhone 14 series soon after its predecessor iPhone 13. Moreover, the tipster Young hosts an Poll on Twitter asking users which model nodel will have OLED screen supply. And, in the results out of four models, majority of votes were for iphone 14 Pro Max. However, the tipster tweets that the poll was wrong. And the iPhone 14 Pro will have OLED display not iPhone 14 Pro max. The tipster also says that the other three devices will get a mix of supplier. Thus, could be the Samsung display, BOE and LG display.

Moreover,the company will get 6.1-imch LTPO OLED display for iphone Pro and 6.7 inch for iphone 14 Pro max. The Max model display will be spilt between Samsung display and LG display. In addition, there is another report from ithome website that add 20 to 25% of orders for iphone 14 will be from BOE. Whereas, the iPhone 14 Max display will have LG and Samsung.