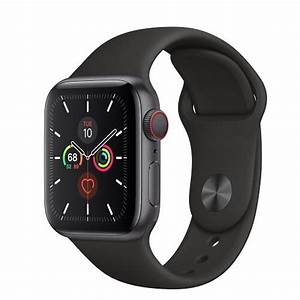 Apple is planning to launch its new watch series 7 with the iPhone 13 lineup at the company’s hardware event. This launch may be in September. However, we have heard so much about the upcoming iPhone 13 and its upgrades. But, this new Apple watch series 7 remains untalked. Moreover, Talking about this new device, there are high-resolution CAD-based renders of the Apple Watch Series 7. These CAD renders suggest that the company is overhauling the design, dropping away with the rounded edges for a flat-edge design. However, it looks like Apple is going all-in with the boxy design after iPad Pro and iPhone 12 models.

The leaked Apple Watch Series 7 shows that the upcoming smartwatch will have flat sides rather than a curved frame. These curved frames were seen in the previous Apple watches. Moreover, the watch will have a silicone strap and may be replaceable with a variety of options. The button placement is the same, as we have a Digital Crown for navigation, a microphone, and flat selection buttons on the right side of the frame. In addition, the left sides have two rather large slots for speakers. On the back of the dial, there are usual sensors such as heart rate and many others. Furthermore, it is expected that Apple will bring this Watch Series 7 into various colors as they did with the previous watches.

As per the reports, this Apple watch series 7 will have a 44mm model with a 1.8-inch display. The company says to bring a new display and thinner bezels with better health monitoring sensors. Moreover, the company says that it would test a new lamination technique that would bring the panel closer to the front cover. The phone is said to feature ultra-wideband technology that will allow connecting to Apple’s Find My Network.