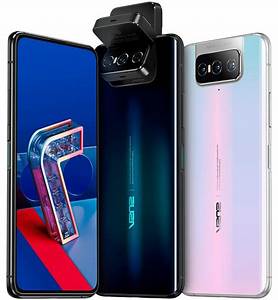 Asus ZenFone 7 Pro and ZenFone 7 when launched were facing few issues at the beginning. But, now these smartphones are receiving a stable version of the Android 11-based ZenUI 8 update. Moreover, it is also coming with a bundle of Android security patches. Moreover, the major attractive update these smartphones are getting is the introduction of Android 12- inspired one-handed mode. In addition, the ZenFone 7 Pro and ZenFone 7 also gets many fixings in bugs problem and new improvements. However, Asus hasn’t mentioned any specific regions that will be getting rollout, so it is safe to think that now it will be available in all markets where previous ZenFones are available.

Talking about the changes and detail of updates, the ZenTalk blog suggests that Asus is bringing the ZenFone series with many improvements. Moreover, the main highlight of the update is the introduction of a one-handed mode, inspired by Android 12. In addition, a demo from Asus shows how the one-handed mode is new in this. It shows that unlike the previous one, the screen would shrink down only vertically but it can be configured in the settings. Before, the one-handed mode uses to shrink the screen horizontally as well as vertically. The changes and updates are, however, based on Android 11.

Moreover, The other updates in ZenFone include updated ZenUI 8 but security patches are unspecified. Alongside, the updates are also there in fixing the recording freezing issue during 4K 60FPS mode. In addition, the updates are in color blocks in photos with beautiful Skin mode, automatic updates in a weather app. Furthermore, the update fixes lag and frame drop issues occurring while playing games. However, these updates are to be in increments and will automatically receive on these smartphones.