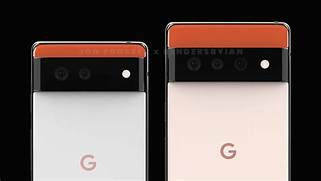 The pixel series of Google which creates a buzz among Indian Users for months have now given bad news to them. The report says that the company is not launching the phone in India. Recently the company confirms the launch of the Google Pixel 6 and Pixel 6 Pro flagships. Moreover, these Pixel series will have the in-house Tenson chipset and multiple camera modules on the back. However, the company has not unveiled any specifications yet. But, the Mountain View giant has revealed the markets where the company plans to launch these phones. Unfortunately, the Google Pixel series will not launch in the Indian market, at least not in the first round. This is an extreme disappointment for the Pixel fans.

Moreover, this is not the first time the Google pixel company is disappointing Indian Users. Previously, the Pixel 4 and the Pixel 5 were also never launched in India. However, only the Pixel 4a which is the cheaper version made its way into the Indian market. Moreover, the company states that the Pixel 6 and Pixel 6 Pro is launching to bring some fresh upgrades in hardware and design of previous-generation Pixel phones.

According to the reports, the Google Pixel 6 and Pixel 6 Pro launching markets are out. Moreover, the company chooses eight countries to launch their new Google Pixel series. The eight countries for the initial line-up launch are Australia, Canada, France, Japan, Taiwan, the US, and the Uk. Furthermore, there is no unveiling of the details as well as launch dates from the company. But, the report says that it may launch and be available in the markets in September or sometime in Q4 2021.