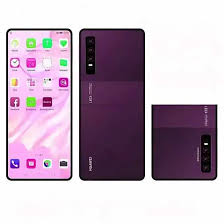 Huawei is finally in progress to launch its first foldable smartphone in coming month. Moreover, the smartphone hardware manufacture company, Zhaoli Technology suggests that the company’s foldable phone will have the next generation hinge design. In addition, there are reports from this company that they were working on that hinge for quite sometime. However, now the company is going launch the device soon. Back then, the company introduced foldable smartphone such as Huawei Mate X and Mate Xx with some design improvements. After that, Huawei Mate X2 arrived with some upgrades and better than previous ones. But, these devices is not the same as the company is bringing this time. Previous devices were phones that could unfold into tablets.

Moreover, Huawei is now going to suprise the users and smartphone junkies with its new hinge design into clamshell foldable smartphone. There is revealation of the look of the device. However, considering the concept, we may expect that the design will be somewhat like that of Samsung Galaxy Z Flip3.