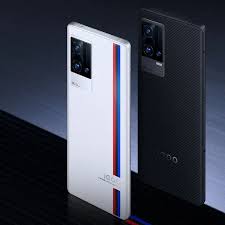 iQOO after launching the iQOO 9 series in China, is all set to bring the device in India. Moreover, the iQOO 9 series includes iQOO 9 5G and iQOO 9 Pro that company confirms to announce in India just day after the China’s launch. In addition, there is also official confirmation that iQOO 7 Legend will become the Battleground Mobile India series official smartphone. Thus, the finalist of the tournament will play with iQOO 7 Legend from January 13th. Furthermore, there is report that iQOO is organizing KRAFTON is organizing BGMI tournament starting from January 13. And the finalist of the game will play the further tournament with the iQOO 7 Legend that arrived in India in 2021.

The company is gearing to bring the upcoming iQOO 9 series India at the launch of the Battleground Mobile India series. Moreover, the upcoming series will get power from the Qualcomm Snapdragon 8 Gen 1 processor with 12GB RAM support. In addition, the iQOO 9 series including iQOO 9 and IQOO 9 Pro will feature AMOLED display with triple rear camera setup. Furthermore, the standard variant will have 120W fast charging support. Whereas, the Pro variant will have 50W wireless charging as well as 10W reverse wireless charging support.

Moreover,as far as camera details are concerned, the device will have triple rear camera setup. The Pro variant will get 50MP primary sensor with 50MP Ultrawide lens and 16MP potrait camera sensor. In addition, the front display will house 16MP selfie snapper. However, after 7 series, the company is now bringing iQOO 9 series skipping the iQOO 8 series launch in India.