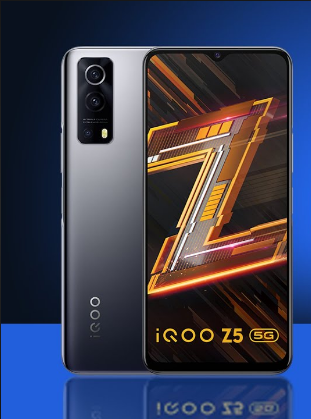 iQOO Z5 smartphone may launch later this month in India. Now, the device is listed on Amazon with the ‘Coming Soon’ tag. Moreover, it is visible on the Amazon App and m-site only. It is not for the desktop site. The listing confirms that the smartphone is now available on the e-commercial site. In addition, the company has also been teasing the upcoming smartphone on its Twitter handle. The iQOO Z5 will launch on September 23 in China. However, the India launch dates are not out yet, but they may announce once the device arrives in China.

The Amazon listing doesn’t reveal the name of the upcoming iQOO smartphone. But, the iQOO India’s tweet indicates that the device on Amazon will be iQOO Z5. Moreover, the device has the model number I2018 which was previously spotted on BIS and IMEI databases.

Talking about specs, iQOO china reveals the key specifications of the iQOO Z5 smartphone ahead of its launch. According to this, the phone will feature a center-aligned display with a 120Hz refresh rate and HDR10 support. Moreover, the device will have stereo speakers and support for Hi-Res Audio. In addition, the device will get power from Snapdragon 778G processor with LPDDR5 RAM and UFS 3.1 Storage. Furthermore, the device will house a 5000mAh battery unit. This is all about iQOO Z5 known till now and may learn more in the coming days.