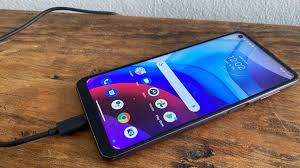 Motorola is all set to bring the Moto G Power 2022 as it was on the Geekbench listing. As per the listing, the device will get power from the Octa-core Helio G35 processor aka MT6765H. In addition,the device will arrive with 4GB RAM and will run Android 11 out of the box. The upcoming Moto G Power manages to get 165 and 1013 score in the Single core test and the multi core test respectively. Other than these details, there are no other specifications out in the internet from the listing. However, the launch dates are still under wraps.