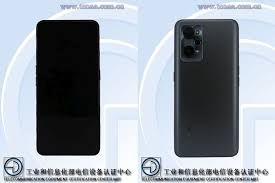 Realme is gearing up to launch series of smartphones next year including Realme GT 2 Pro. The device was surfacing online revealing that the upcoming Realme GT 2 Pro will arrive with Snapdragon 8 Gen 1 processor. In the recent development, the company is now working on the new Realme GT series with unknown moniker. The device appears on the TENAA certification website with model number the RMX3310. The TENAA listing reveals the details of the upcoming Realme device. However, the listing doesn’t reveal the moniker or there is no official confirmation from the company.

The company is now working to bring the next GT series smartphone very soon. However, the device moniker is still not known, but a new device with model number RMX3310 appears on the TENAA listing. Moreover, the listing shows the image and the specifications of the upcoming device hinting that the device is somewhat similar to that of Realme GT Neo 2. The device may arrive with 6.62 inch FHD+ AMOLED display with 2400×1080 pixels screen density. The refresh rate is not known at the moment.

Furthermore, the listing reveals the presence of Octa-core SoC with 2.48GHz CPU Speed that hints the Snapdragon 888 SoC. In addition, the device with coupled with 8GB/16GB RAM and 128/256 GB storage configurations. The device RMX3310 will have triple rear camera setup with 50MP primary sensor, a secondary 8MP shooter and a 2MP camera which may be macro or depth sensor. Additionally, the device will hold a 16MP selfie camera. Lastly, the listing suggest that the device will also in-display fingerprint scanner and dual cell 2440mAh battery.