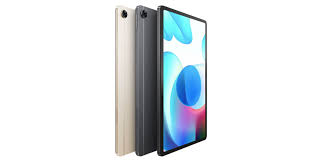 Realme is now working on its next Android tablet Realme Pad as it is now appearing on various certification websites. After EEC, now the device appears on the Geekbench certification listing revealing few key specifications. As per the listing, the upcoming device with model number Realme RMP2105 will have 8core processor in which 6Core is clocked with 1.82GHz and the 2 core is clocked with 1.95GHz. Moreover, the device will run on Android 11 out of the box. The device on the Geekbench listing has 3GB RAM. The internal storage and other details are not revealed in this listing. Furthermore, the device scores 363 in single score and 1330 multi core score in the Geekbench test.

Moreover, there is no other details on the listing about the device at the moment. But, looking at its frequent online appearances, it seems that like may be in the first quarter of the coming year. However, it is better to wait for the official confirmation to arrive before reaching to any conclusions.