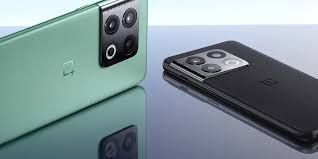 The company bring the new software version on the OnePlus 10 Pro. Moreover, there are reports suggesting that the OnePlus 10 Pro India recieves an software update with an OTA size of 809MB. With the introduction of new update, the device gets optimization on potrait mode along with optimising the focusing speed for slow-motion videography. In addition, the company claims that the device will get optimization on fingerprint algorithm improving the unlocking success rate. The update also optimises the WiFi performance of the device. Furthermore, the company brings update over camera that includes optimising speed of focusing for video in slow motion. In addition, it optimises the potrait mode picture quality alongwith optimises the white balance on selfie camera. On the other hand, the update optimises gaming performance and fluency alongwith system stability.

Moreover, the updates improves network by optimising timeline and stability in WiFi connection. And, also fixes the issues of unstable mobile signal in specific scenario. In addition, the company plans to roll out the update in phases in order to avoid bugs.