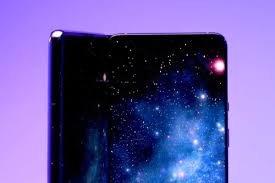 OnePlus is doing great job for engaging its users with various devices and latest technology. Every now and then, the company is focusing to bring something better than previous one. Moreover, the company after bringing OnePlus 10 in market, now working to bring its first foldable device. However, there is no official confirmation on the upcoming foldable device from the company. But, tipsters leaks out that the company is working on its first ever foldable smartphone. In addition, the tipster Yogesh Brar with courtesy of Pricebaba hints about the OnePlus first Foldable smartphone. There is solid report regarding the details of the device. Howsoever, the tipster explains the possible design statement of the upcoming device.

The company is soon going to launch its first ever foldable smartphone. However, the details of the device along with its launch date still underwraps. Moreover, the tipster in his report explains how it may going to be. As per the reports, the company might could have similar design as that of the OPPO Find N. This device has not launched in India yet, but it is the first foldable device from Oppo.

In the market where Samsung is dominating the foldable lineup with its Galaxy Z Fold and Z Flip series. And many other smartphone vendors has its devices in this category as well. Thus, there is no such suprise from the company as the Oppo has Fold N already in various markets. However, we expect the company to unveil details and specifications of the upcoming foldable device soon.