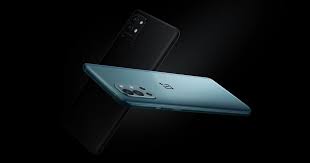 OnePlus is working to bring the yet another device in Nord series in India. Moreover, the company launches the OnePlus Nord CE 2 Lite today on April 28 in India. And now, there is another Nord series device that is surfacing online. In addition, there is report the device with codename OnePlus Meili is under testing phase in the country. And thus will arrive soon in India. Furthermore, there are reports suggesting that this upcoming device may arrive as Nord flagship. However, there is no official confirmation from the company regarding the moniker or other details of the device.

OnePlus is one of the leading smartphone company that is launching its devices back to back. Moreover, the company working to launch another device with codename Meili. However, there is no further details about the device. We only know that the device is under testing phase in india. In addition, there are speculations that the device may be the Nord 3. But there is no report supporting this. Thus, its better to wait for official confirmation before reaching out to any conclusions.