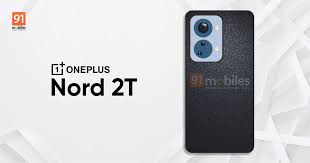 The company is soon going to introduce the upcoming OnePlus Nord 2T. Howe, the launch dates are still not out yet. But, as the device is having frequent online presence, the launch could be around the corners. Moreover, there is latest report of device showing live images and revealing camera details. As per the report, the device will get 50MP Sony IMX766V sensor with an f/1.9 aperture and OIS technology. In addition, this sensor is already in other OnePlus devices such as OnePlus Nord 2, OnePlus 9, OnePlus 9 Pro, and more. Furthermore, the other camera Sensors would be an 8MP Sony IMX355 Ultrawide angle lens with f/2.25 aperture. And, a 2MP monochrome sensor with an f/2.4 aperture. Additionally, the upcoming device will carry a 32MP sensor for its front selfie camera.

Howe, other than this there are no details from that live image report. But, the earlier reports suggest that the device will feature 6.43-inch FHD+ Fluid AMOLED display with 90Hz refresh rate.