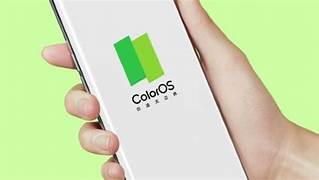 OPPO’s ColorOS 12 is launching in China on September 16th

The colorOS 12 will offer new visual elements similar to that of Android 12. According to the peak suggest us that colorOS 12 will combine several features and from the likes of HydrogenOS, Meizu’s Flyme, and Smartisan Os. As of now, it isn’t known when OPPO plans to roll out the stable ColorOS 12 for its devices. Moreover, the stable ColorOS though might not be available soon, considering that Google is yet to release a stable Android 12 update. In addition, OPPO however might release the colorOS 12 beta update for the Find X3 series on September 16th, considering that the company already has pushed out the Android 12 beta update for the Find X3 a few months back.

Moreover, the company at the September 16th event also might release a list of phones as to which one will be eligible to receive the ColorOS 12 beta update. In addition, OPPO also might announce details regarding the global ColorOS release on the 16th of September event. Talking about the colorOS 12 changes, OPPO is rumored to release a new feature dubbed as the ‘Cross-screen Interconnection’ similar to the Huawei Multi-Screen collaboration.