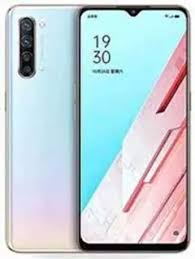 Oppo is soon going to launch the next flagship of the F series line up in India soon. Recently, the company launched the F19s in the country and now gearing up to bring the Oppo F21 series soon. Moreover, the report suggest that the company will introduce the F21 series in India in Q1 of 2022. In addition, the report also states that two more devices would arrive next year of the same series. Now, the report from the 91Mobiles suggest the launch timeline of the device in India alongwith the few key details about the upcoming Oppo F21 series. The company may bring three devices in this series same as that of the previous F19 series.

Oppo is working consistently to bring the next big series from the company under moniker Oppo F21 series. The company may bring the device in the country in March 2022. Moreover, the F21 series will include three devices including the F21 Pro+ says the report. In addition, the report claims that the company will bring two devices in India at the start that are F21 and the F21 Pro+. These device most probably will arrive between the 17March and 21 March in the country. Furthermore, as per the reports, the Oppo F21 Pro+ will be on sale first and then after week another device will arrive.

Moreover, talking about the second model of F21 variant i.e Oppo F21 Pro which may arrive later. However, the launch timeline is still under wraps and there are no details about the device yet.