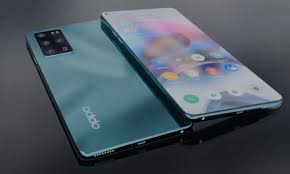 Oppo is gearing up to bring the next gen premium smartphone Oppo Find X4. Recently, the company launched the predecessor Oppo Find X3 series. This previously launched device features a 50MP triple rear camera setup and have a 120Hz OLED display. Moreover, this device was not introduced in India, as it was limited only in China. Now, the company is now working on the next Find X4 series smartphone that may arrive the Flagship in early 2022. However, there is no official confirmation from the company and launch date.

Oppo is bringing the upcoming premium Oppo Find X4 very soon. However, the company doesn’t give any official confirmation regarding the device launching. Moreover, there is Leak from the tipster Digital Chat station revealing the key specifications of upcoming flagship smartphone. In addition, as per the tipster, the device will feature a 6.7inch display with QHD+ resolution with 120 refresh rate. The front panel will have AMOLED display with hole punch cutout housing 32MP camera sensor as per the DCS.

At the rear side, the device will have a triple rear camera setup including two 50MP camera each of 1/1.5 inch in size. These camera may be Ultrawide sensor. Moreover, the other lenses will include 13MP or 12MP sensor with 2X optical zoom. Furthermore, The upcoming device will get power from the Snapdragon 8 Gen 1 with 12GB RAM and 256 or 512GB internal storage configuration. The tipster claims that the device will support 80W fast charging support. But, there are chances that it may hold 125W fast charging also.