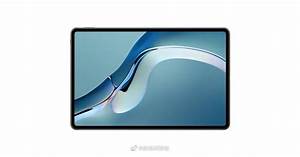 There is a report that Oppo is now gearing up to launch its Oppo Pad Android tablet very soon. The popular Chinese tech blogger under the name Digital Chat Station on Weibo leaks the news of this new device via its online post. From its initial looks, the upcoming device seems to have proportional display bezels. With the front camera housed within the upper bezel margins. Moreover, the power button is to the top, whereas the upper right edge houses the volume rocker.

The report suggests that looking at the Oppo pad it resembles the Huawei MatePad Pro tablet. This in turn is largely based on the new generation aesthetics that Apple adopted with its new iPad Pro series of tablets. In addition, this Oppo pad will surely be an Android tablet. And, the Digital Chat Station tipped it to run on ColorOs 12. Thus, we may expect a new design for the Android interface. Along with the enhanced feature set that Oppo would roll out for its latest generation firmware.

The post about the Oppo tablet suggests that it may be a premium device. And if it does, then it may compete against the likes of the Huawei MatePad Pro in China. And also the Samsung Galaxy Tab portfolio in global markets. Moreover, the post also suggests that ColorOS 12 for Android tablets will offer the Oppo Pad interconnectivity with other device under the Oppo ecosystem. However, not a lot of specifications are known about this device. But, it remains to be seen if the tablet eventually comes with a premium design with mid-range specs aimed at entertainment and lightweight work usage.