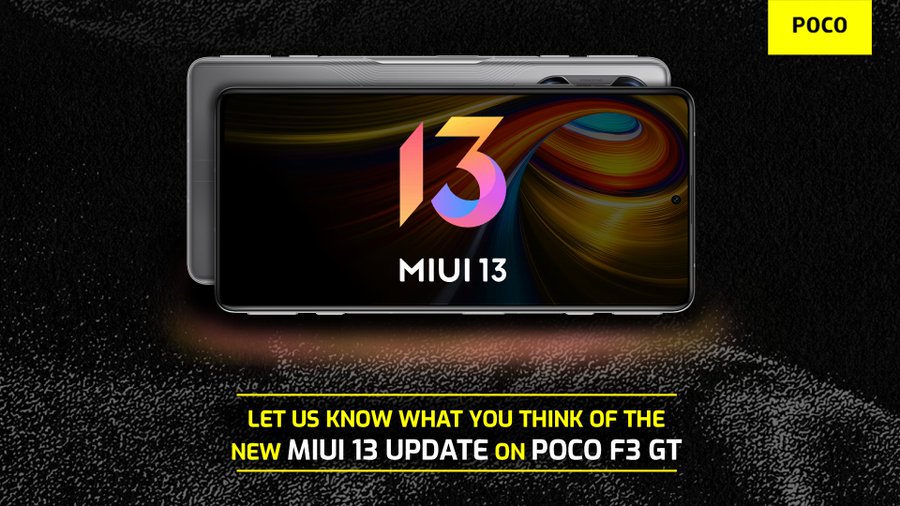 Poco is not only working to bring new Smartphones for its users, but also updating its previous smartphones making users to stick to this brand. Moreover, the company now rolls out MIUI 13 update on its last year launch device Poco F3 GT that runs on Android 12. The company launched affordable gaming phone in July 2021 and now announces an update of MIUI 13. In addition, the report suggest that the update will arrive in batches for the Poco F3 GT in India. Thus, this will prevent too many bugs in the update.

The company brought the Poco F3 GT gaming smartphone in India last year with Android 11 based on MIUI 12.5 skin. Now, the company announces the MIUI 13 update for the device. Thus, the Poco F3 GT will be the first device to get an update of Android 12. Moreover, this upcoming update is stable and will arrive in batches in India in coming days. So, its few users at the first who will be lucky enough to witness built-in updated app on device that will provide notification to update this new version. Furthermore, this upcoming new Android version will bring some interesting new wallpapers alongwith some new widgets.

Moreover, the upcoming MIUI 13 update will bring 15% less frame drop in third party apps. Along with 23% less frame drop at the time of native apps. In addition, the upgradation will also have some privacy features including face verification security, privacy watermark and fraud protection.