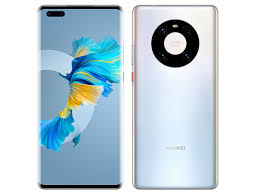 Huawei recently introduced the Huawei Mate 40 series last year that includes the Huawei Mate 40, Mate 40 Pro , Mate 40 Pro Plus, and Mate 40RS Edition. In addition, this year the company brought another Mate series smartphone under moniker Mate 40E. Now, the company is gearing to bring the next Mate series smartphone which will be under moniker Huawei Mate 40E Pro. The device now appears on the 3C certification website revealing the charging speed of the upcoming device. In addition, there is also a new report suggesting that the upcoming device will arrive with Kirin 990 5G SoC processor. Rather than having Kirin 9000 chipset.

Huawei is all set to bring the new smartphone with model number NOH-AN50 that was on the 3C certification website recently. However, the report suggest that the device on 3C certification website will belong to moniker Huawei Mate 40E Pro. Moreover, the listing reveals the presence of 5G network connectivity along with 66W Supercharge fast charging technology. This specification is similar to that of the Huawei Mate 40 Pro and Mate 40 Pro Plus.

Furthermore, the new report suggest that the upcoming device will get power from the Kirin 990 5G chipset. This will be different from its earlier launch. In addition, as per the report, there may be shortage of thr Kirin 900 processor. Or the production may be low, thus the launch process was slow from months. However, considering previous estimate, the company had 10million units of Kirin 9000 chipset.