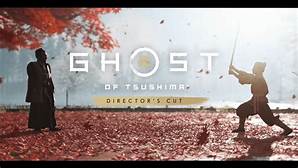 There is good news for gamer from PS4 and PS5 owners as the company is all set to release new games in the next two months. Moreover, players will get a bunch of new titles for their next-gen PS5 as well as older PS4 in August and September. The reports say that gamer will get exciting games like Ghost of Tsushima: Director’s cut and Hades and many more. If you are looking for a complete list of new games launching for PS4 and PS5, read the complete article.

The Ghost of Tsushima Director’s cut edition is launching on august 20. Moreover, this edition for the popular PS4 title will give you new aspects of the game and increase the level of excitement. In addition, the report says that gamers will now experience a bigger map, an open-world territory including the IKI island. Furthermore, this new edition also includes new storylines, new missions, and many more exciting and thrilling aspects.

Hades for PS4 and PS5

The games which were available on PC are now releasing for PS4 and PS5. A well-known PC game the dungeon crawler will now be available on Playstation from August 13. Moreover, in this edition the players will get a thrilling experience with randomly generated levels, fast combats, and unfolding pilot.

Other PS4 and PS5 games launching in August

Apart from the above games, we will witness the launch of several other games in August. The games like Foreclosed, Greek: Memories of Azur, Rustler, Monster Harvest. Moreover, you will also see Power Rangers: Battle for the Grid- Super Edition, Kings Bounty2, Rims Racing. In addition, star Renegades, Tormented souls, and many other games are also there.

Other PS4 and PS5 games launching in September

We have new titles launching in September such as Death loop, WRC10, Medium, Sonic, and many more. In addition, you will also see Tales of Arise, Life is strange, Lost Judgement, and a lot more