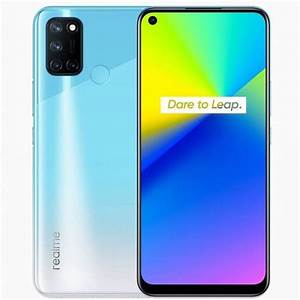 Realme today held a launch event where the company launched its first tablet Realme Pad, alongside Realme 8s and Realme 8i. The Realme 8s 5G brings the brand new Dimensity 810 chipset. While Realme 8i comes with another new MediaTek chipset, the Helio G96. Moreover, the interesting fact is that during the launch event, the brand announces information regarding the Realme 9 India launch. Realme confirms that the Realme 9 series will launch in 2022 instead of this year.

Realme 9 Series announced to launch in 2022

Realme today announced the arrival of its next number series smartphone Realme 9 series during the launch event. Moreover, According to the announcement, the upcoming Realme 9 series will be launching in 2022. However, there is no exact date or any other information regarding the launch of Realme 9 other than this. Thus, the Realme 8s 5G and Realme 8i would be headlining the numbered series until 2022.

Talking about the recently launched Realme 8s 5G and Realme 8i, these smartphones are now on the sale. Looking at the Realme 8s 5G specifications, the device features a 6.5-inch Full HD+ LCD with a 90Hz refresh rate. Moreover, the device gets power from the Dimensity 810 chipset coupled with 6GB or 8GB of LPDDR4X RAM. The device comes with expandable RAM up to 13GB. The smartphone houses a 5000 mAh battery with 33W fast charging support. Furthermore, the phone has a 64MP sensor leading to the triple camera setup at the back panel and a 16MP front camera sensor. The device runs Android 11 based Realme UI 2.0 out of the box. The phone will be available in two colors i.e Universe Blue and Universe Purple for 4GB at Rs 17,999 and 6GB at Rs 19,999. These will be available on Flipkart from September 13th.

Realme 8i comes with a 6.6-inch FHD LCD with a 120Hz refresh rate getting power from the Helio G98 chipset. The device has a camera module that includes a 50MP primary sensor with two 2MP B&W and a macro cameras. In addition, the device will also be available on Flipkart from 14th September.