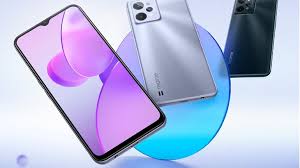 Realme is after launching the Realme C31 in Indonesia, the company is gearing up to bring the next C series in India. Moreover, the company confirms the launch dates of the device via its social media handle. The device will arrive on March 31 at 12:30 PM in India in an virtual event and will be live streaming on YouTube channel.

Realme officially now confirms the launch of latest Realme C31 in India on March 31. Moreover, the device is already available in Indonesia, then the features and specifications are already surfacing online. Considering that, the device will feature a 6.5-inch LCD HD+ display with 720× 1600 resolution and waterdrop notch housing front camera. In addition, the display will have slight thick chin bezel with thin bezel all around. Furthermore, the device will get power from an UniSoC T612 SoC pairing with 4GB RAM and 64GB internal storage configuration. However, there is option to expand the memory via microSD card slot. The device will further house 5000mAh battery with 10W Type-C charging support. Furthermore, the upcoming Realme C31 runs Android 11 with Realme UI R edition out of the box.

Moving forward, the latest Realme device will house triple rear camera setup including 13MP primary camera. Along with, it will have dual 2MP depth and macro sensor. In addition, the device will have 5MP front selfie camera. Other than this, the device will have side mounted fingerprint scanner alongwith face unlock system. The Realme C31 is available in Indonesia with price range of IDR 1,599,000 that is around Rs 8500 for 3GB+ 32GB Varian. Whereas, for 4GB + 64GB variant, the price is IDR 1,649,000 that is around Rs 8700.