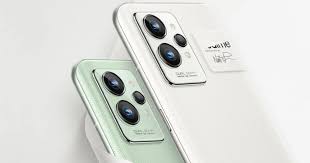 Realme confirms the arrival of the upcoming Realme GT 2 Pro in India soon as it arrived in China and global market last month. Moreover, there was official tweet from the company confirming that the launch date of the upcoming device. However, the company takes down the tweet after sometime. Thus, this leads to confusion that company wants to keep it secret or there is something else. But, whatever the reason is, the device buzz is all over the internet.

The company is now all set to bring the upcoming Realme GT 2 Pro as the launch dates are in air. Moreover, there is an official tweet from the company’s official Twitter account hinting that the device will enter India on April 7. Howsoever, the company takes down the tweet after sometime. In addition, the tweet reveals that the device will arrive on April 7 at 12:30PM IST. But, as the tweet no longer exist, there is chaos whether the launch date remains the same or not. The tweet glorifies the device design and how it is going to inspire the generation through this upcoming smartphone.

Moreover, talking about specifications, the upcoming Realme GT 2 Pro features 6.7-inch 2K AMOLED LTPO display with 120Hz refresh rate. Alongwith, te display will be flat with thin bezels all around. In addition, the device will get power from the Snapdragon 8 Gen 1 SoC with 12GB RAM. Furthermore, the device equips 5000mAh battery with 65W fast charging support. And will arrive with triple rear camera setup running with Android 12 OS.