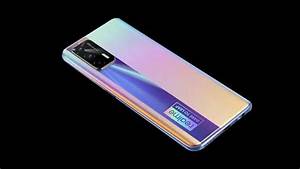 Realme has launched multiple new smartphones this year in the GT series. The company has launched Realme GT master 5G globally. And is done with the GT Master Explorer Edition as they are not releasing it in India. Now, the brand seems to launch another handset in this series with Realme GT Neo Enhanced Edition. Moreover, the standard variant of this GT Neo was announced in March. There are new leaks supporting the rumors of this new upcoming handset. Additionally, this new leaks pill beans on the specifications and prices.

According to the tipster on Weibo, the launch may be imminent. However, the reports do not reveal the launch dates. But, it digs the specifications of this upcoming smartphone. The report reveals that it is similar to the standard variant, except that it carries an upgraded processor.

The Realme GT Neo Enhanced Edition is leaked to have an upgraded processor. The company may use a Snapdragon 870 SoC processor instead of the Dimensity 1200 SoC. With this upgraded chipset, the phone will carry 8GB/12GB RAM with 128GB/256GB internal storage configuration. The report claims that the display features will be the same as the vanilla variant. Moreover, the device will come with a 6.43-inch Samsung E4 AMOLED display with a 120Hz refresh rate. Aiding to that, it will have an in-display fingerprint scanner and Corning Gorilla Glass 5 protection. Moving towards the additional features, the device carries dual stereo speakers and Dolby Atmos support. Furthermore, the Camera features also match comprising a 64MP OmniVision primary lens and an 8MP Sony IMX355 Ultra-wide angle lens with a 2MP monochrome sensor. The leak also suggests the presence of a 16MP Sony IMX471 sensor.