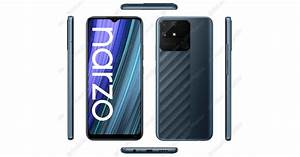 The Realme Narzo 50A smartphone may launch very soon in India. And now Realme India CMO, Francis Wong confirms via Twitter about the chipset used in the upcoming smartphone. As per the post, Wong says that ‘We choose MediaTek Helio G85 processor with 1GHz GPU and HyperEngine enhancements for all young players with our upcoming Realme Narzo 50A. In addition, he says ‘Being an optimised and reliable processor, I’m sure it will offer the young players the best experience. Narzo 50 series is incoming!’.

Moreover, this confirms that the Realme Narzo 50A will have the Helio G85 SoC from MediaTek. This appears to be slightly puzzling, as even though the chipset is a tried and tested one amongst budget smartphones. However, it isn’t exactly the newest, and also has its successor, the MediaTek Helio G88, already in the market and available on smartphones. Furthermore, its direct predecessor, the Realme Narzo 30A, already has the exact same processor, which makes the choice confusing. Furthermore, the device is expected to feature a dual texture design on the rear. Whereas, the main camera module may be rather large and also include a physical fingerprint sensor within the camera housing. In addition, the rear camera includes a 13MP+ 2MP+ 2MP triple camera setup along with an 8MP front camera.

Realme Narzo 50A once launched, will be against Redmi 10 Prime which has Helio G88 SoC. The Helio G88 is a successor of the G85 which now confirms to be in the Narzo 50A. Moreover, the company confirms features of the phone indicating that the launch should take place within the coming weeks.