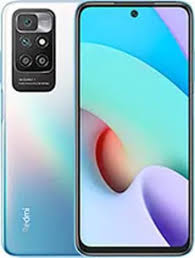 Xiaomi is now all set to bring the upcoming Redmi Note 11 series in India. Moreover, the company schedules to announce the Note 11S and Note 11 in India on February 9. In addition, the company is also gearing up to bring the Redmi 10 2022 series very soon in India and globally. This seems that the company is not yet done with the Redmi 10 series. The upcoming Redmi 10 2022 appears on the Geekbench certification website hinting at its imminent launch. However, there is no report for the official launch dates.

Redmi is bringing another device in the 10 series lineup this year also. Moreover, the upcoming Redmi 10 2022 series will be the new budget affordable device arriving this year in the country and some other markets. The device appears on Geekbench certification website revealing the key specifications and details. In addition, the device with model number 21121119VL will get power from the MediaTek MT6769H that may be the Helio G88 Processor. Furthermore, the processor will have peak clock speed of 2.0GHz with six slower cores at 1.8GHz. The device on the listing consist of 4GB RAM. However, there may be other Variants also in this series.

Moreover, the device will run Android 11 based on MIUI 12.5 on top of it. The listing reveals that the device scores 367 points in single core test and 1253points in multi-core test. In addition, previously, the device was also on the EU compliance certification website revealing that the Device will house 4900mAh battery that means 5000mAh battery capacity.