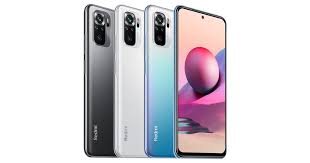 Xiaomi is gearing up to launch the upcoming entry level smartphone Redmi 10 in India on March 17. Moreover, the device has its own microsite on e-commerce website Flipkart ahead of the launch. In addition, the microsite reveals the rear panel of the device showing the camera module of the upcoming Redmi 10 smartphone. Now, in the latest development, the reliable Tipster Paras Guglani reveals that the upcoming Redmi 10 is originally a Redmi 10C global Variant. In addition, the Tipster shares an image of the Redmi 10C packaging box that shows same design as that of design on Flipkart microsite.

The company is all set to introduce the Redmi 10 in Indian market. Moreover, the details of the upcoming device is already surfacing online. The Tipster Paras Guglani shares a tweet suggesting that the device is rebranded version of Redmi 10C global Variant. In addition, the tipster shares live images and specifications of Redmi 10C. As per the image, the Redmi 10 Indian variant will feature 6.71-inch HD+ display with waterdrop notch housing front camera. Furthermore, the device will get power from an Octa-core Qualcomm Snapdragon 680 processor with 6nm fabrication chipset. This Processor will have Adreno 610 GPU that is also present in other devices of Redmi including Redmi Note 11 and Realme 9i.

Moreover, the upcoming Redmi 10 will arrive with triple rear camera setup along with LED flash light. The device will get 50MP primary camera with other two known camera lenses. In addition, the device will house 5000mAh battery with 18W fast charging support.