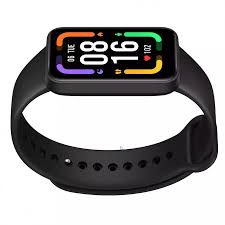 Xiaomi is making its firm place in the tech global market by consistent launch of its smartphones and Smartwatches. The company now next schedules an event on 28 October in China. The launch event will unveil Redmi Note 11 series, Redmi Watch 2 and Redmi smart Band Pro. Moreover, the Redmi smart Band Pro will be the successor of previously launched Redmi Smart Band. In addition, there are many leaks suggesting the offerings of this upcoming band.

There are many renders leaked online hinting whats the brand is offering with this new device. As per the latest render, the Redmi Smart Band Pro will have larger display resembling somewhat like Mi Band 6 and the Honor Band 6. Moreover, the device will have GPS support which is unique in Redmi Smart Band. The Band have other features such as Bluetooth connectivity, various sports mode, and heart rate tracking support. Furthermore, the device will arrive with a 5ATM water-resistant rating, music control feature, and many more.

Moreover, there are chances that itbmay resembles with its predecessor with some features. Talking about previously launched Redmi Smart Band, it features a 1.08-inch LCD colour touch display. In addition, it has makes than 50 watch faces support with a 5ATM waterproof design. This fitness band includes power walking, excercise, cycling, treadmill, and outdoor running. Furthermore, the device comes with price of Rs 1599 in India. Thus, we expect the upcoming Redmi Smart Band Pro to be not more than 2000. However, there is no official confirmation from the company. Thus, its better to wait before reaching to any conclusions.