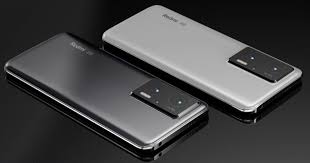 Xiaomi is introducing its devices continuously making tech junkies and Xioami lovers to stick to this brand. Moreover, after the Redmi Note series, the company is working on other Redmi smartphone. However, the name of the smartphone is still unknown. But, Bestopedia found this upcoming Redmi device on Geekbench listing. We guess it may be upcoming Redmi 11 Pro. Still, we need official confirmation to reach the conclusion. In addition, the device was also seen on the 3C certification with courtesy of tipster Ankit. Both the certification websites does not reveal name of the device. How so ever, the Geekbench listing reveals few key features about the upcoming Redmi smartphone.

Furthermore, the device was aslo seen on the 3C certification website. The tipster Ankit tweets the 3C listing revealing that the device will have 120W fast charging support. Other than this, the listing do not reveal any information. In addition, the Tipster alleged it to be Redmi 40S. Now, it all depends on the further leaks and reports that whether the device is Redmi 11 Pro or Redmi 40S. But for now, its clear that Redmi next- generation launch is around the corner.