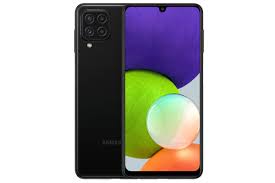 Samsung is prepping up to bring the upcoming A series smartphone under moniker Samsung galaxy A23 4G. Moreover, the device arrival will be soon in India along with International market. However, there is no official confirmation on the launch dates from the company. In the recent development, the device was on Bluetooth SIG certification website revealing the key details. In addition, the upcoming Samsung Galaxy A23 official support page was also live on company official Website. Previously, the device was also on the Geekbench certification website hinting at its imminent launch.

The company is gearing up to launch the upcoming Samsung Galaxy A23 4G very soon. Moreover, there is live support page on the company’s official website in Russia of the device hinting at its imminent launch. In addition, the listing shows that the device will have model number SM-A235F. However, there is no details of the device in the listing other than this. The upcoming Samsung A23 4G was on the Bluetooth SIG certification website with same model number. Furthermore, the listing shows that the device will arrive with Bluetooth 5.0 support.