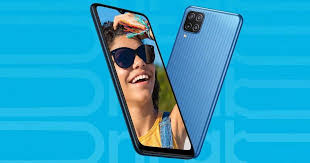 Samsung is prepping up to launch the upcoming Samsung Galaxy F13 in upcoming weeks. Moreover, the device was earlier on the Geekbench certification website revealing the key details. And now, in the recent development, the device appears on the company’s India website. In addition, the support page for the device is now live on the company’s official website. Furthermore, there are also user manuals surfacing online with model number SM-E135F, and SM-M135F. Thus, it confirms that the upcoming Samsung Galaxy M13 and Galaxy F13 are rebranding of each other.

The company is heading towards the launch of upcoming Samsung Galaxy F13 in coming weeks. However, the exact launch dates are still not out yet. But, the frequent online appearances hints at its imminent launch. Moreover, the upcoming device was on the company’s official website for the first time. In addition, the device was earlier on Geekbench certification website revealing key details. The listing reveals that the device will get power from an Octa-core Exynos 850 Processor with 4GB RAM support. Furthermore, the device will get Pre-installed Android 12 with OneUI 4.1 out of the box.