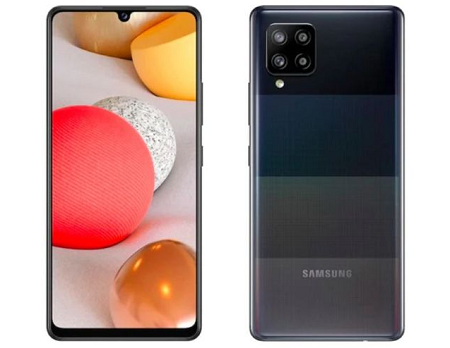 The Samsung Galaxy F42 5G launch event is scheduled for Wednesday, September 29th in India. Now, ahead of the official unveiling, the smartphone’s offline price has been shared by domestic retailer. Moreover, as per the official communication by Samsung, the device price in India will start at Rs 20,999 for the base variant of 6GB RAM and 128GB storage. In addition, the higher variant with 8GB RAM and 128GB storage will cost Rs 22,999. Furthermore, these are offline prices and the online prices may be slightly lower. Samsung Galaxy F42 will be sold online via Flipkart and Samsung.com.

Both Samsung website and Flipkart has a dedicated microsites for the upcoming Samsung Galaxy F42 5G. These microsites reveal fey key features and specifications of the device. Moreover, the device will have specs like a 90Hz display with FHD+ resolution, 64MP triple rear camera, and 5000mAh battery. In addition, Samsung new staple for 5G phones i.e support for 12 5G bands, will also be present on the upcoming smartphone. The design elements revealed by official images include the Infinity-V notch, triple cameras in a Squarish module, and back panel with ridge design. Additionally, the official images of the smartphone in black as well as blue color options.

According to previous report, the smartphone will get power from the MediaTek Dimensity 700 Soc. It will run the Android 11-based One UI skin. Moreover, an 8MP selfie camera, 15W charging, and dual-band WiFi are also part of the package. Furthermore, the Samsung Galaxy F42 5G India launch event is scheduled for 12PM IST on September 29th. Thus, we expect it to release as part of the Flipkart Big Billion Days sale starting from 3rd October.