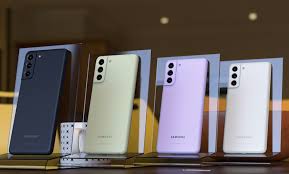 Samsung Galaxy S21 FE is the most talked about device of this year. And now after so much chaos, the device is finally launching soon in early next year at the Samsung unpacked event. Moreover, the upcoming Samsung Galaxy S21 FE appears on the Geekbench listing revealing the details. However, the device details are already known as it has been on various certification websites. Earlier, the rumors suggest that the device will get Qualcomm Snapdragon 888 processor. But, the Google Play Console listing reveals that it will arrive with Exynos 2100 processor. This proves to be right as the Geekbench listing also shows the same.

Samsung is most probably releasing its most awaited Samsung Galaxy S21 FE on January 4 at its Galaxy unpacked event. Moreover, the device with model number SM G990E appears on the Geekbench. The Geekbench listing reveals that the device scores 1084 in single core test and 3316 in multi core test which is quite high. This is the second time the upcoming Samsung Galaxy S21 FE is seen on the Geekbench certification website. But this time, there is increment in the score which is 1096 in single core and 3387 in multi core test.

As per the earlier reports, the device was said to run on Android 11. But acoording to the latest listing, the upcoming device will run on Android 12 coupled with 8GB/12GB RAM and 256GB internal storage configuration. Moreover, the report suggest the presence big Exynos 2100. But there may be possibility that the company will launch the device with Qualcomm Snapdragon 888 in some regions.