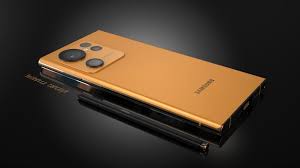 Samsung is working to bring the Galaxy S22 successors Samsung Galaxy S23 series next year. Moreover, the upcoming series will include Samsung Galaxy S23, Galaxy S23+, and S23 Ultra. In addition, the report suggest that the upcoming device would arrive with best cameras, primarily focussing on front imaging. This device will change the pattern of S series arriving with 10MP front cameras. Furthermore, the report from Galaxyclub reports that the company is working to bring major upgrade over the front camera of the upcoming device.