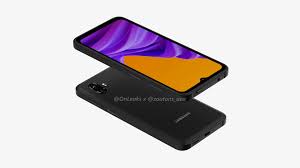 Samsung is working to bring the upcoming smartphone of XCover lineup under moniker Samsung Galaxy XCover 6 Pro. Moreover, the earlier report reveals the design renders of the upcoming device. In addition, the device was also on the Google Play Console listing earlier revealing the key details. And now, the device appears on Bluetooth SIG certification website hinting at its imminent launch. Furthermore, the listing confirms the moniker of the device.

The company is soon going to reveal the upcoming Samsung Galaxy XCover 6 Pro that is the successor of the Galaxy XCover Pro. Moreover, the device appears on the Bluetooth SIG certification website confirming the moniker of the device. In addition, the listing aso reveals the model number of the upcoming device i.e SM-G736B, SM-G736B_DS, SM-G736U_NA_XAU, SM-G736U1_NA_XAA, and SM-G736W_NA_XAC. Other than this, there are no additional information of the listing regarding the device.