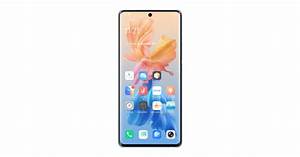 Vivo is launching its smartphone back to back. The latest report says that now the brand is prepping up with a new smartphone model number V2130A. Firstly, it seems to be the Vivo X70 as it has 44W fast charging. But, as it appeared on Google Play Console with Dimensity 900, the report suggests that it might be a part of the Vivo V21 line up. The latest development is that the smartphone now appears on Geekbench listing.

According to the reports, the V2130A and V2131A both are going to be the next V21 lineup from Vivo. Both these devices have the MediaTek chipset paired with 8GB RAM. Moreover, talking about the other features, the device will have a Full HD+ with 1080*2408 resolution. According to the details on the image, the device will have 480 screen densities. In addition, the phone will run an Android 11-based 3.2 OpenGL ES version out of the box. Along with Dimensity 900, both devices will have a 4x ARM Mali G68 GPU. Furthermore, if the images are correct, then these devices will offer a punch-hole cutout screen.

The model number V2130A was spotted on the Geekbench listings. The device achieved a good score on the Geekbench test. This V2130A smartphone scores 709 in the single-core score. And 2199 in multi-core score. However, the Dimensity 900 is a true midrange chipset suggesting that these devices will be the Vivo mid-range smartphone segment. Whereas, the Snapdragon 870, powering the Vivo X60 is equipped for the upper mid-range segment. There are not many details about this smartphone. However, we expect the brand to give official statements soon. As for now, the company is going to launch Vivo X70, X70 Pro, and X70 Pro Plus next month.