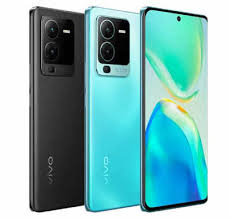 Vivo is working to bring the next V series Smartphone Vivo V25 series after launching Vivo V23. Moreover, the device would launch later this year. However, there is no official confirmation on the launch dates of the device at the moment. In addition, the upcoming Vivo V25 Pro appears on IMEI database confirming the moniker and RAM details. And now, in the recent development, there is new report from India Tech Today suggesting the launch timeline in India. The series will include Vivo V25, Vivo V25 Pro, and Vivo V25e.

The company is now gearing up to bring the upcoming Vivo V25 series soon. Moreover, the report suggest that upcoming Vivo V25 will first arrive in India and then the other devices in series will arrive later this year. As per the report, the standard model may launch on August 17 in India and the Pro model will come weeks after the first launch. In addition, the company may also bring the new variant of device alongwith Vivo V25 Pro most probably in September. Furthermore, the report suggest that Vivo V25e could also launch in India as most affordable smartphone of this series.