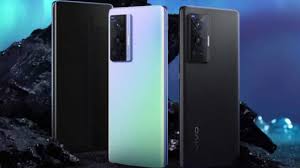 Vivo after launching the Vivo X70 series, now all set to bring the next X series flagship smartphones X80 series. The Previously launched Vivo X70 series was very much successful that includes Vivo X70, X70 Pro, and the X70 Pro plus. However, the company didn’t introduced the standard Vivo X70 model in the country. Moreover, now there are reports of the arrival of the next Vivo X series smartphones. As per the latest leak, the upcoming Vivo X80 series may launch shortly. The new leak suggest the launch timeline of the upcoming Vivo X80 series hinting that users won’t have to wait much.

The company may bring the Vivo X80 series soon and the launch dates are close than thought. Moreover, the new report suggest that the company is prepping to launch the upcoming device in January or early February 2022. In addition, there are chances that the company will introduce only two model in this series same as it did with the X70 series. Thus, the Indian users may get acess to Vivo X80 Pro and the X80 Plus. The report suggest that the like the previous flagship, the company will not bring the standard Vivo X80 in India.