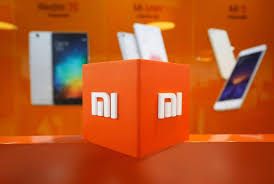 Xiaomi is launching its device back to back and each introduction has its own wonders. Now, there are reports that two more smartphones are on the way by the company. Moreover, the one smartphone may have Xiaomi branding and the other one is said to carry Redmi branding.

The report suggest that the company is bringing two devices with two brandings on it. Moreover, there is leak giving details about these two smartphones. As per the leak, the Xiaomi smartphone will arrive with Snapdragon 870 processor. In addition, the device will sport 6-7inch OLED display with curved edges. The leak doesn’t give any details about the screen resolution but says that it may have 120Hz refresh rate. Additionally, the device will house 5000mAh battery with 67W and 33W wireless charging support. As far as imaging is concern, the device will feature either 108MP or 50MP primary camera with 20MP front camera. It will arrive with Harmon Kardon speaker and X-axis motor.