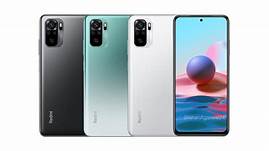 Xiaomi launched the Redmi Note 10 series earlier this year in India. At first, the brand launched three devices under this flagship, namely the Note 10, Note 10 Pro, and Note 10 Pro Max. And then, they further launched the Note 10S and the Note 10T 5G. Moreover, these Redmi phones are priced between Rs 10,000 and Rs 20,000 in India. Now, the news is that Xiaomi is likely to halt the production of some of its devices due to the global chip shortage situation.

Discontinuation of Redmi Note 10 due to Chip shortage crisis

Xiaomi states no reason regarding the discontinuation of the Note 10 in Indonesia. However, a CNBC report states that this decision could be probably due to the ongoing chip shortage. Moreover, several companies are suffering from this global chip shortage highly due to COVID 19 restrictions across the different regions of the World. The report says that the situation will get worse amid rising cases of the new Delta variant.

However, there is no official word from Xiaomi’s India division regarding the abrupt discontinuation of the entry-level models. But, considering the latest development reports, we suspect that the decision was taken due to the shortage of certain components required for the device.