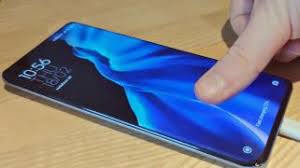 Xiaomi alongwith with various new smartphone and devices, are also working consistently on bringing new technologies. After under display fingerprint scanner for Redmi K50, the company is now planning to bring the Full display fingerprint scanner technology for its devices. Moreover, there is fresh report suggesting that the company files the patent for new fingerprint technology. The report reveals that this new technology will be on any part of the screen, not at specific place. Thus, enabling the user to unlock the device by placing finger anywhere on the screen.

The company is always in news for its amazing devices and out of the box technologies. Now, the device is in buzz for its new full screen fingerprint scanner technology. Moreover, this new patent explains that the new technology will use array of infrared LED light transmitter under the touch screen layer and above AMOLED display. In addition, the infrared light reciever will be above the infrared LED light transmitter layer. Thus, whenever the user will touch the screen, the capacitive touchscreen will register the touch alongwith postion and fingertip shape.

Moreover, this transmitters emit light relative to shape and fingertip position. And, the light reflects back reaching the reciever present inside. In addition, this infrared light speed data will then map the fingerprint outline and compare the users saved fingerprint memory to verify and get unlock. Thus, the report says that with such technology, the users will not be confined to one position for fingerprint. They may register and unlock the device from any part of screen by verifying the fingerprint.