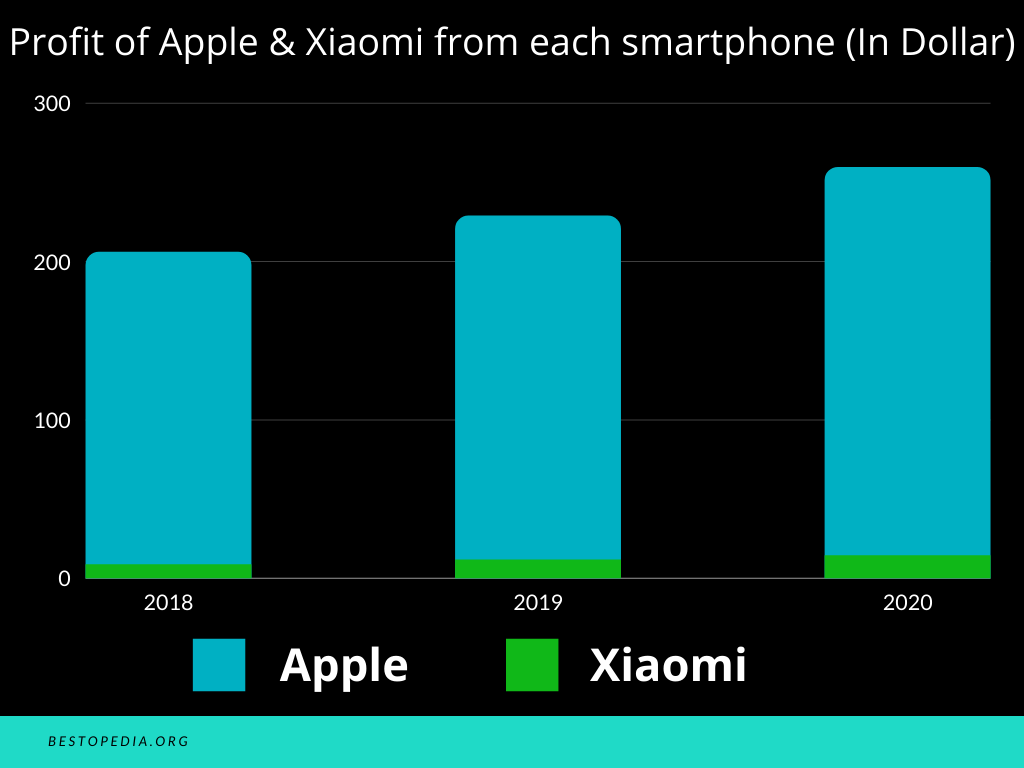 Apple, being the market leader of premium smartphone, is compared to Xiaomi on various points. However, it is true that no matter whatever might be the sales for apple in a year to compete them in profits, Xiaomi must produce more than 17x of its standard production. Yes, it is true and all because of two weapons efficiently managed by apple huge MARGIN and GOODWILL.

In 2020, sticking to its age-old tradition, Apple announced its latest generation iPhone 12th series with A14 chip and 5g connectivity in October 2020. On the hand Xiaomi announced its myriad of phones right from its flagship mi note 10 with 108mp camera in January 2020 to its budget friendly Redmi Note 9 in November 2020.

According to the various reports apple shipped 200 million smartphones during last year, it claims that 80 million units are sold in the last quarter only. On an average they pocket almost $245 from each iPhone. Now if compare this to Xiaomi, they shipped around 147 million units of smartphones globally with an average price of 14.5 dollar from each unit and shows an increase in 17.5% year-over-year. Now this rings the bell, considering 245-dollar with 14 dollar it is clear to all that Xiaomi must manufacture 17.5 times of its current level to earn the same as apple. 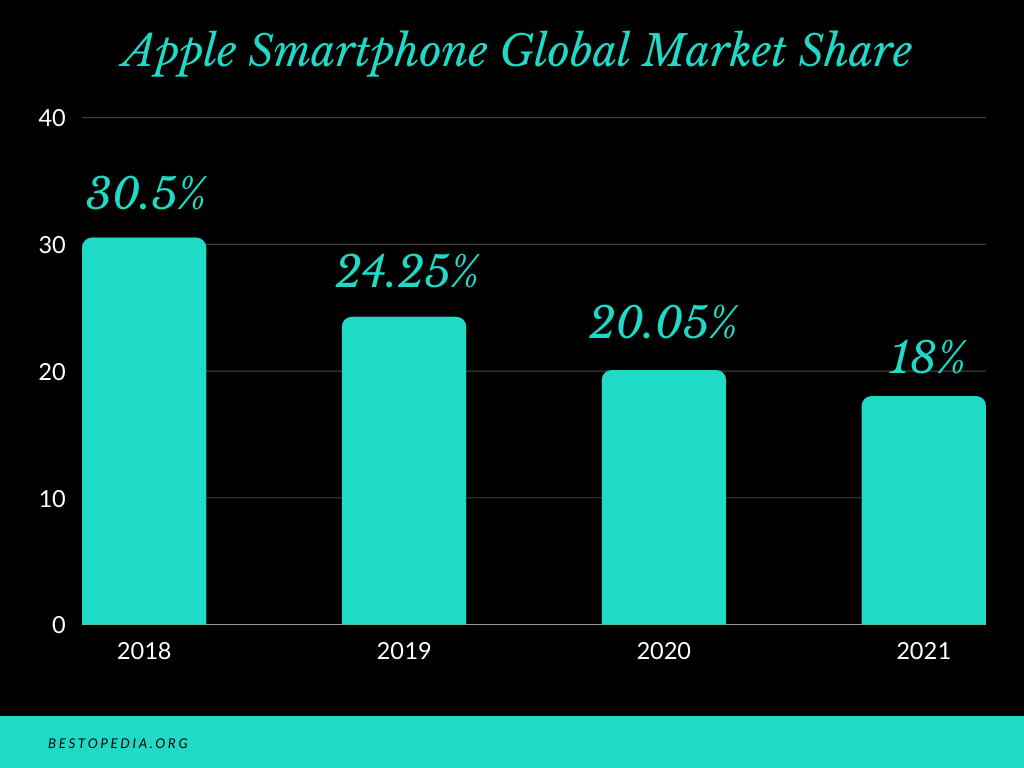 Despite 2020 hasn’t been the best year for any smartphone company but still apple’s gross margin is $49 billion and net profit is around $36 billion including R&D, tax, and other operations. Even in last quarter, gross margin percentage left after cost of goods sold -jumped to 42.5% from 40%, which is highest since 2012. However, Xiaomi claimed of revenue amounted 2.05 billion for the year 2020, giving a hike of 26.4 % year-over-year. The net profit is 1.2 billion dollars and achieved the highest year-over-year growth among the top 5 companies globally. 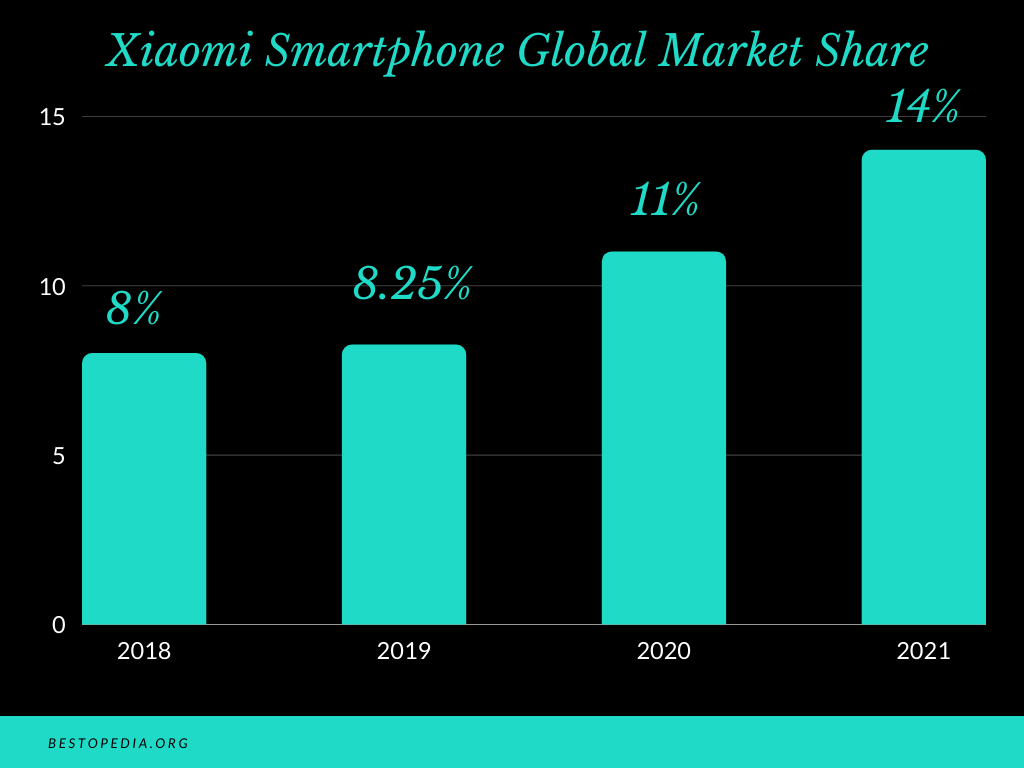 No one is foreign with the policies and gameplay of Apple in the market. Apple demolishes all our notions wrong, if you are keen in observation you know that there is no real competition for apple at least in the area of pricing. The best thing about them is this no matter whatever their pricing is you will buy it, no matter what. Now, the real question is why people buy iPhone despite its exorbitant pricing, is it hardware? Oh, wait One Plus has that, or is it software? Oh, wait, Android is far more flexible than that. So, what is it? It is the Logo which act as layer of ego (sense of self) for most of us.

Apple being the market leader in premium smartphones captured the highest market share in the end of 2020 with shipment of 200 million iPhones with an average of $245 per unit and on the other hand Xiaomi earning is around $14 per unit despite so many units sold in the year still it cannot be compared with iPhone. For doing the same, Xiaomi must produce 17x of its current production.