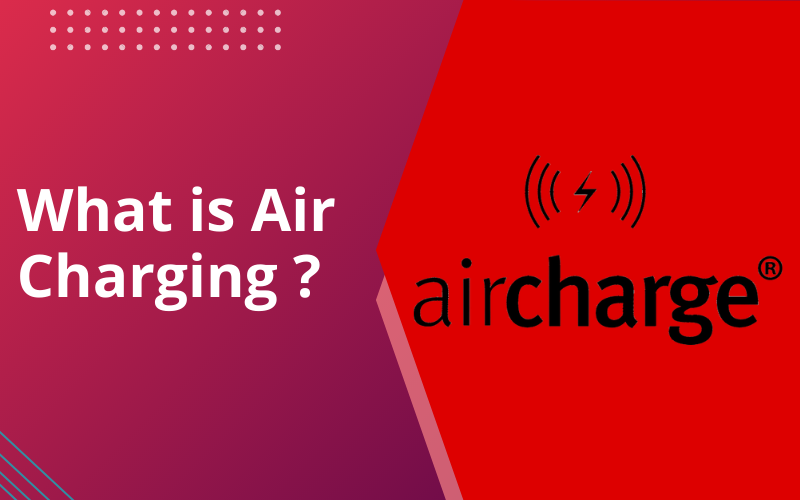 Air charging in smartphones means that no charging cable or even a charging base is needed for the receiving device to charge. Even if it is a few meters away from the transmitting device, automatic air charging can be achieved. The function of the beacon antenna is to transmit position information through low power consumption in the space field, so that the transmitter can find the receiver’s position, and then, through beam forming technology, the transmitter transmits millimeter-wave signals directionally. The receiving antenna array consists of 14 antennas built into the smartphone at this time of posting, which can convert the millimeter wave signal from the transmitting end into electric energy through the rectifier circuit to realize the experience of air charging.  Wireless charging devices widely used on the market are essentially based on the Wireless Power Consortium (WPC) introduced Qi standard, which is based on magnetic induction technology. However during wireless charging, it not only requires a very small separation distance between the receiving end and the transmitting end, but also has higher requirements for the receiving end and the transmission end. 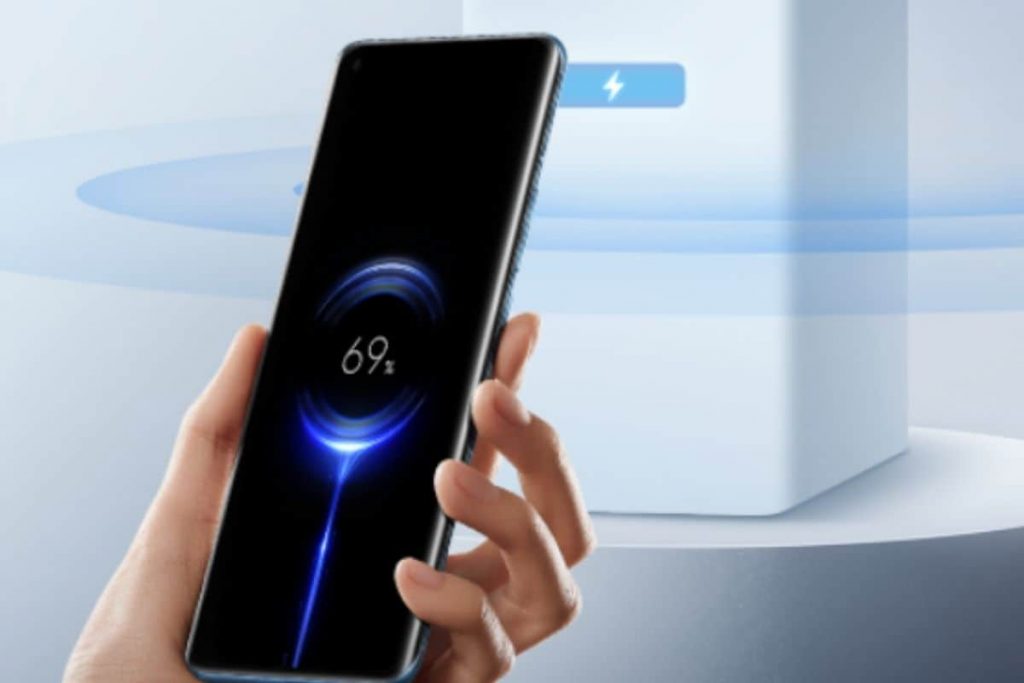 What is Xiaomi Air Charging Technology: 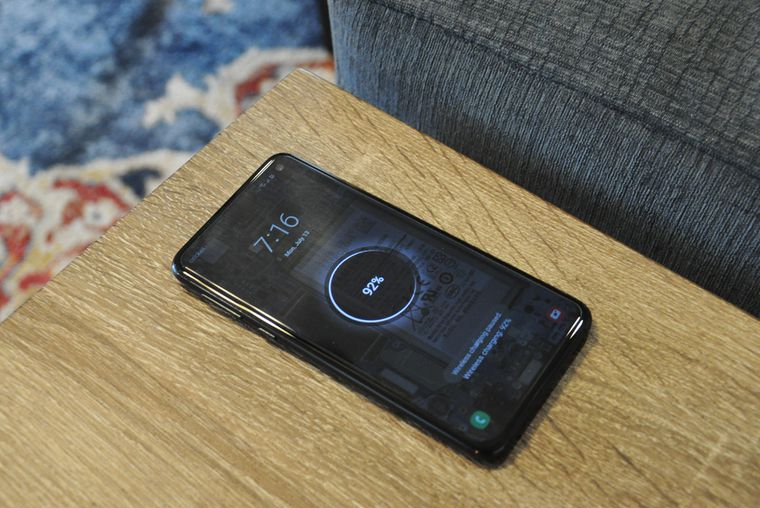 Xiaomi has announced Mi Air Charge Technology, a wireless charging system that the company claims can charge devices within a radius of several meters. Xiaomi has been one of the few phone companies setting the pace in terms of new technologies in the past few years. According to Xiaomi, multiple devices can be charged at the same time and physical barriers apparently do not reduce the efficiency of charging.  Xiaomi says smartwatches and fitness bracelets will also work with the technology. The self-developed isolated charging pile of Xiaomi has built-in five phase interference antennas that can accurately detect the smartphone’s location. Beamforming is a method that focuses signals towards a specific receiving device from a broadcast antenna. So the signals do not spread in all directions, and without the beamforming technique it results in a faster and more reliable link than it would be. So, beamforming, a phase control array composed of 144 antennas transmits millimeter-wide waves directly to the phone. Xiaomi also developed a miniaturized antenna array with a built-in beacon antenna and receiving antenna array on the smartphone side. With low power consumption, the Beacon antenna broadcasts position information. The receiving antenna array consisting of 14 antennas converts through the rectifier circuit the millimeter wave signal emitted by the charging pile into electric energy.

Another objective is to make living rooms truly wireless i.e., all powered by speakers/lamps/ smart home devices, through the same remote system.

What is Motorola Air Charging Technology? Motorola has also demonstrated a video Via Weibo about its wireless charging technology. The two Motorola edge smartphones are positioned 1 meter and 80 centimeters away from the transmitting end, according to the video, and they can automatically charge in the air.

This technology supports simultaneous charging of multiple devices. Each system receives a 5W charge. This technology operates over many meters though Motorola didn’t mentioned a particular distance range, however it is important to note that physical barriers do not decrease the efficacy of charging. This technology only works for smartphones.

Is this technology safe? 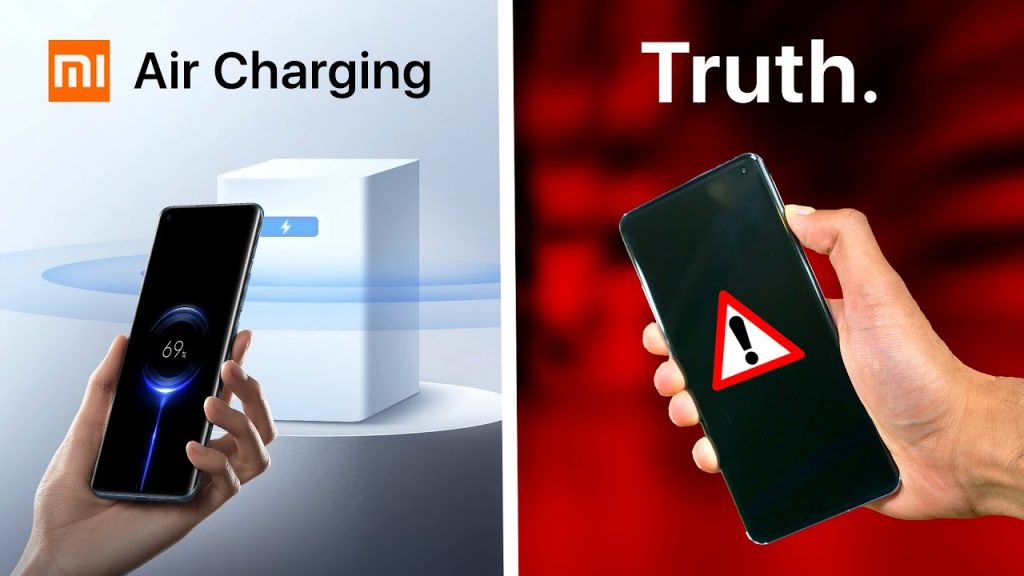 This is another very significant issue that could be raised by many. Well, we’re not expecting Xiaomi to say that it’s not secure, so we’re looking at its functionality. For now, only 5W is produced by the Xiaomi Mi Air Charge Technology and for over the short term, this is hardly enough to cause any harm to human body. However, over the long term, we can not say about the impact of exposure to such charges.

It is not difficult to see from the previous implementation that wireless charging technology based on light energy does not have health issues . While wireless charging technology has radiation, magnetic resonance works mostly at the frequency of MH or KHz, so it is not harmful to the human body. But if in future they increase the power to cover longer distance or charge at faster rate, it may cause some ill effect to our body.

The radiation emitted by these devices can be easily predicted. If we compare it to a general wifi routher, the power of a regular wireless router is typically around 9W to 12W, and the transmitting power is less than 10 mW. Since the wireless router transmits simultaneously in all directions within a range of two meters, its radiation area is approximately 4 x 3.14 x 200 x 200 square centimeters.

The ratio of the power density of the body to the conventional router and the Xiaomi air charging transmitter is about 0.01/5 x 40 square centimeters divided by 4×3.14x200x200 square centimeters, which will be equals to 0.00000016.

After conversion, Xiaomi’s radiation charges the human body near the smartphone’s location, maybe 6.25 million times that of the traditional Wi-Fi router.

According to the demonstration video shown by Chen Jin, general manager of Lenovo Phone China, the charger would stop charging when the hand blocks the battery. This is a specially designed safety setting for the protection of the user. It basically means that the transmitter’s sensing system has a higher capablity to provide safety protection when it detects any human body.