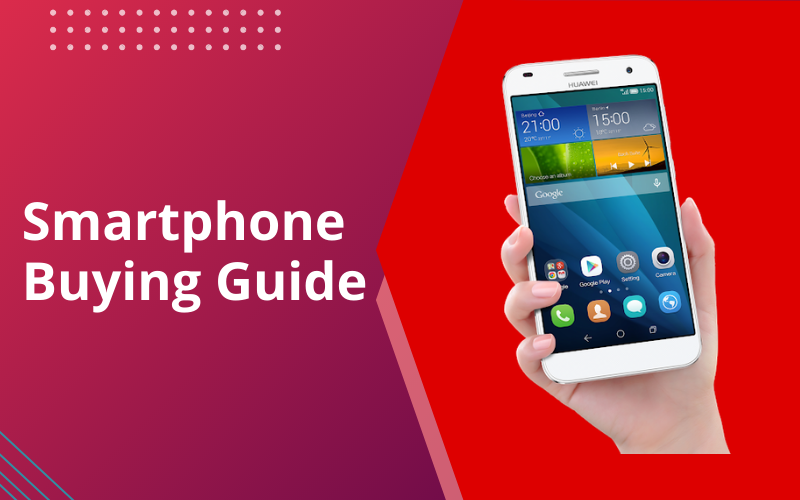 Smartphones have spread their way into almost every living moment of our lives. More people are now buying smartphones and the number of options keeps increasing. But there is less diversity in platforms or designs than the previous years. Choosing from number of variants available is not an easy task, so we’ve got a guide to walk you through every aspect of the buying process.

What to consider before buying a Smartphone? 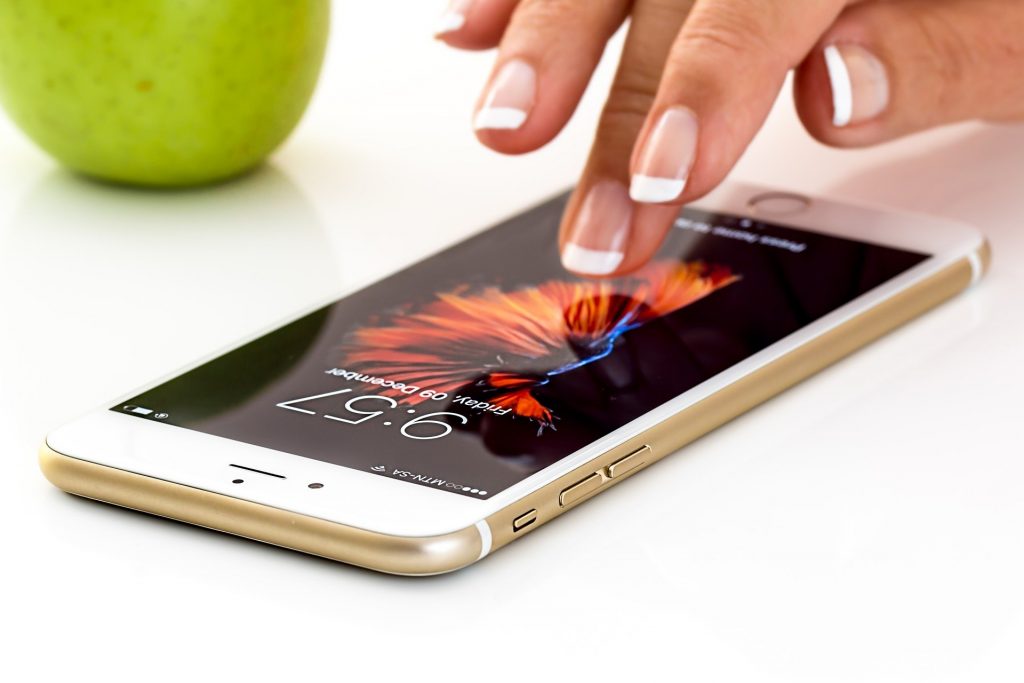 You have to first decide your budget so that it can help you in looking for different features available in the Smartphones at that price range. There are many smartphones that are good at performance but sucks at battery life or vice-versa, you’ll have to decide that on your usage. Whether you’re looking for a smartphone with a good camera or great with gaming features like lag-free heavy games, you’ve to decide that before hand. If someone asks, what is the heart of a Smartphone? Answer is its Operating System that manages all the hardware and software including memory, files and connected devices. It provides a platform to user to interact with the smartphone and programs. Currently, there are two types of OS available in the smartphones,

Android is a mobile operating system developed by Open Handset Alliance that was commercially sponsored by Google. It is based on Linux kernel (modified version) and other open source software. It is designed mainly for touchscreen devices such as smartphones and tablets, but it is now available beyond that. Android has been ruling the market with almost a decade now with almost more than 2.4 billion active users. There are numbers of manufacturer of android phones like Samsung, Oneplus, Huwaei, Xiaomi even Google itself, it makes it easy for you to look of number of options. Android 11 is the company’s latest OS version, released in the last summer. If you’re someone who enjoys customizing your device then you’re team Android.

iOS is a fast-secure mobile operating system made by Apple and only available for apple devices. Originally known as the ‘iPhone OS’, but later its name was changed to iOS with the introduction to iPad. iPhone have fewer issues with viruses and malware because of its strict ecosystem. However, it starts at a higher price point than android phones. iOS home-screen are typically made up of icons and widgets, whereas widgets display live or auto-updating content. If you like a powerful and simple OS which gets regular software updates for a more extended period then you’re team iOS. Major versions of iOS are released annually by Apple, the current version iOS 14 was released to the public on September 16, 2020. 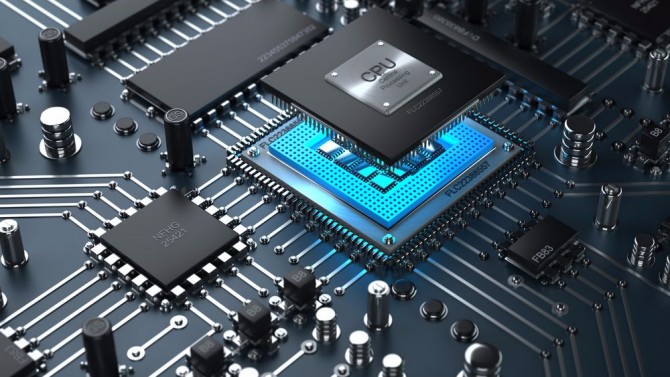 In simple words, you can say processor is the brain of a smartphone. It works in combination with the system memory. The complexity of application i.e., how much fast it will open or run is determined by the processor. Most of the smartphones running on Android features a Snapdragon or MediaTek processors and the smartphones with running iOS has its own processor designed by Apple. Smartphone processors also known as the SoC or the chipset that is responsible for everything functioning on your smartphone. It has to also equipped with AI capabilities that essentially make smartphones as ‘smart’ as it is today. Samsung smartphones comes in two variants – one hosting the Snapdragon SoC, the other one has Samsung’s Exynos processor (the latest being Exynos 990). There was a tangible difference seen by the users and it’s not just the processing power but also the image-processing abilities.

Snapdragon is a chip (SoC) made by Qualcomm, made for use in smartphones, tablets, laptops, smartwatches devices. Snapdragon processors are the closest equivalent to apple processors in the Android realm. You can see lower powered processors for budget devices such as the Snapdragon 730 and 730G, Snapdragon 675, that are commonly found in last year Android smartphones. The latest generation of Snapdragon Soc is 865.

MediaTek is a Taiwanese company that produces chips for wireless communications, HDTV, smartphones, tablet computers, navigation systems and optical disc drives. They also make lower powered processors for budget devices such as MediaTek Helio G90T and G85, that are commonly found in last year Android smartphones. If you’ve low budget, consider buying phones with one of these processors since they drive down costs quite a bit.

Apple processors are known for their fast computing power and optimized overall performance. If you’re choosing iOS platform then you don’t have to worry about RAM or processors, because of its ecosystem. Apple processors are the fastest SoC for smartphones in almost every benchmark records. 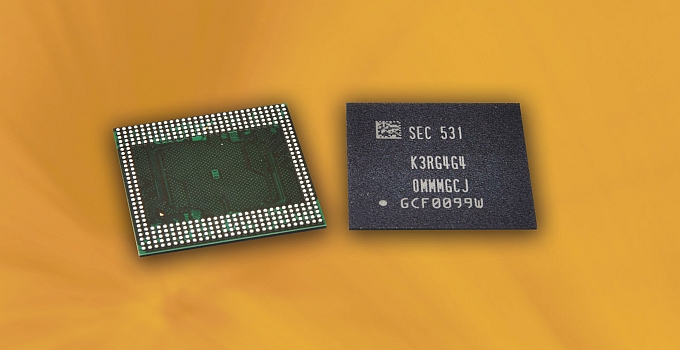 Random Access Memory (RAM) plays an important by helping the processor for tackling multiple tasks at once. It is a place for temporary holding the data, and let more apps run in the background without slowing down your phone. In case of Android, RAM is full of apps and their associated data as fast as possible and leaves only the minimum free amount of RAM. Most of the latest smartphones comes with 3GB-8GB RAM and it goes up to 16GB. Minimum requirement for doing basic multi-tasking is 2GB but you should always look for at least 4GB of RAM variants, if you’re into gaming on Android phones.

In case of Apple devices, you don’t have to look for numbers even they don’t mention about RAM in their product launch event. 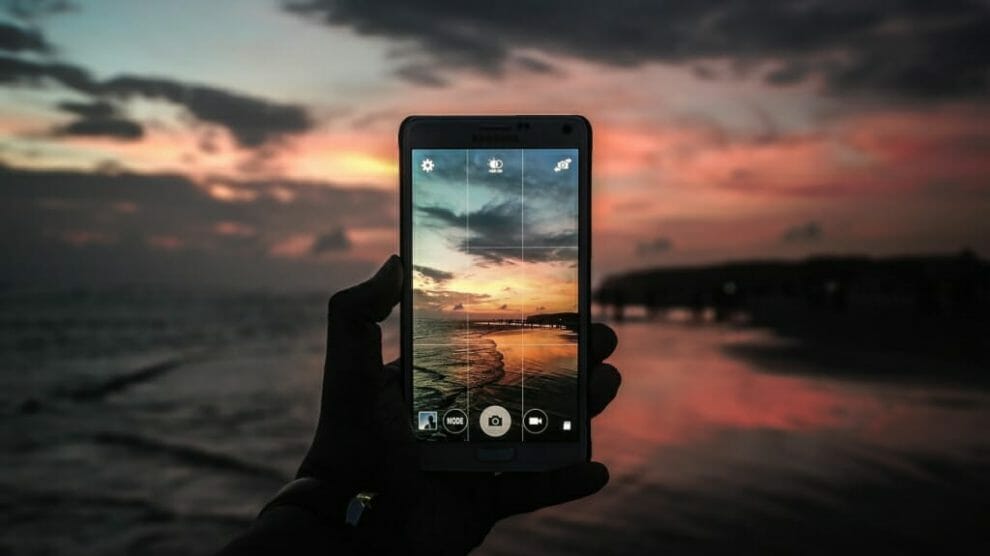 Multiple cameras are the new norm and phone with just one rear-camera are extremely rare now. Usually, you get a main lens that has the highest MP count, a portrait lens, and a wide-angle shooter. And then, like the Time of Flight sensor, macro lens and color filter lens. Capturing scenes is not a problem anymore! When done well, the portrait lens can produce spectacular bokeh shots, too. If this trend is not just for you, however, and you will be enraged by the growing camera bumps, it would be best to buy older phones with one primary lens or newer ones like iPhone SE 2020. Also, don’t go hunting for MP, higher megapixel counts don’t always mean better images because the size of the sensor is much more important to the production of good photos.

Pixel-binning has also been used by smartphones, which essentially turns four or more pixels into one large pixel, adding clarity and detail to the image. Also, try to stray away from the 108MP sensors for now as they are pretty rough around the edges plagued at the moment with image fringing and auto-focus problems. 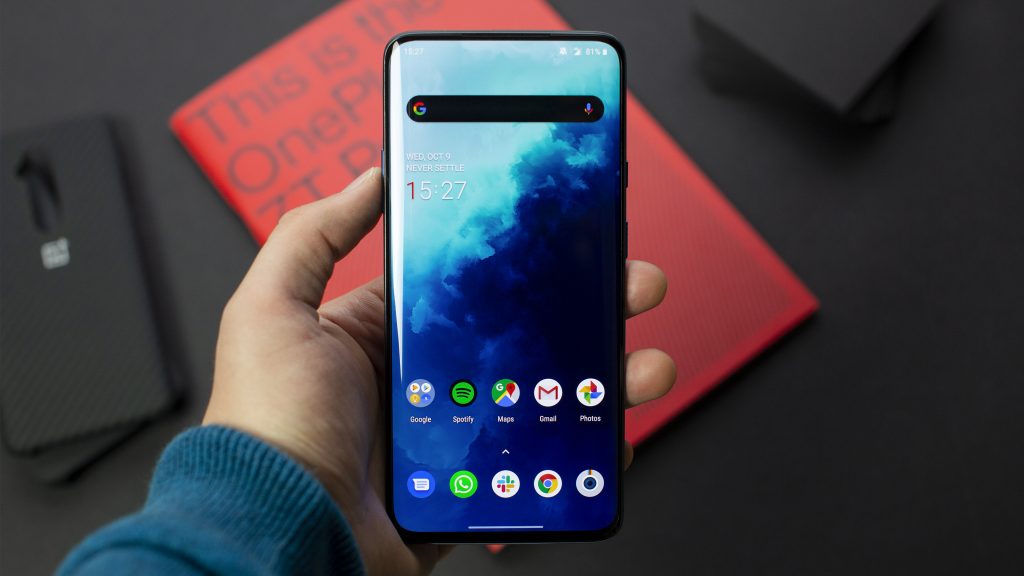 Display type and screen size are one of the biggest factor in your decision while buying a Smartphone. Display type has overall control of colors and brightness levels produced by the display. Smartphone display sizes continuously increasing and pushing the boundary of what we had expected a smartphone display size to be. We suggest anything above 5.5 inches so that you can immerse yourself into media and games.

As far as display types go, you have AMOLED, IPS LCD and LCD displays. AMOLED displays have two variants, such as Super AMOLED (in case of Samsung smartphones) or OLED that produces better contrast and darker blacks. They also helps in saving the battery by turning off all the black pixels on the phone. iPhone comes with Liquid Retina Display, provides excellent picture quality, exclusively comes with Apple device only.

You also have different screen resolutions such as Full HD, Full HD+ Quad HD. Screen resolution defines the number of pixels on a display that make up a picture. If there is more pixels that means screen will provide more sharper and finer details in the picture. The screen protection should also be tested. Gorilla 5 and 6 are commonly used in the latest smartphones, they provide your glass sandwiches with fair security. 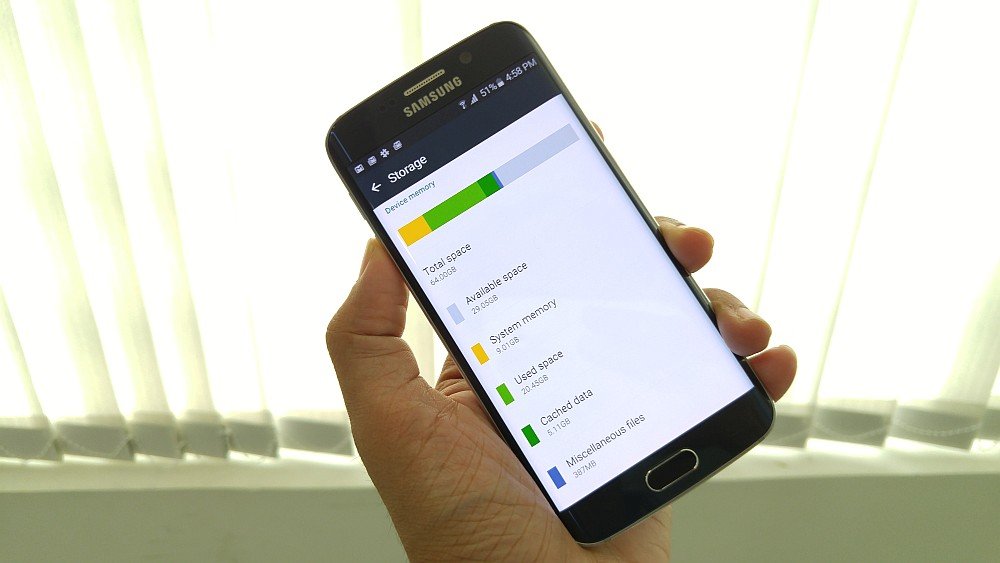 Almost all of us import every single GB of data or files from our previous phones to the new ones with swift sharing of software and technologies. So, adequate storage is necessary. For the low budget smartphones, 64GB is the latest standard while for flagships it goes up to 512GB. We suggest that you do not go below 128 GB, as it will allow you enough breathing space to store your data and download your content apps/games. 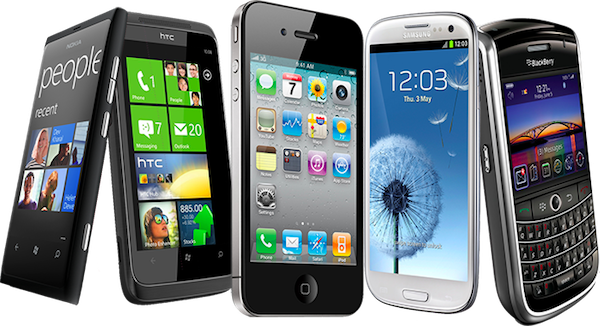 UI or User interface is the point of human-smartphone interaction and communication on a device or app. You also have to keep in mind that most of the smartphones come with their own skin or user interface on the top of Android. OPPO has Color OS and Realme has Realme UI that are becoming close to stock Android. Same like these smartphones, OnePlus has Oxygen OS with a clean skin that is also quite close to stock Android and Samsung comes with One UI, which has improved a lot from previous version.

While Apple has quite different UI from Android, filled with just icons and live widgets. You should try and experience the different UI before buying the smartphone to see if it works for you. 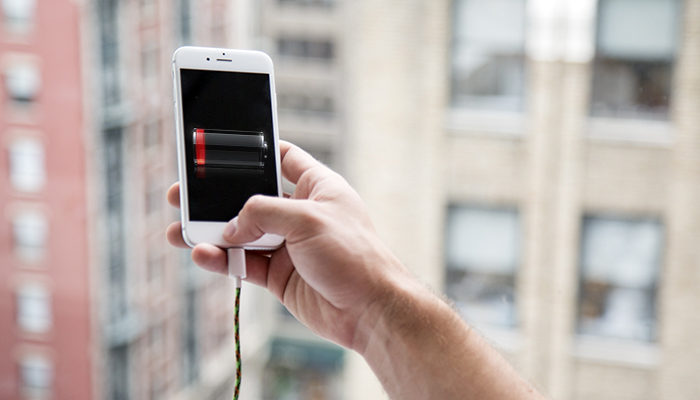 In flagship smartphones, the golden standard of battery life is 8 hours+ of screen time. Heavy users will often be able to power through something with higher capacities. Flagship phones, as well as some mid-range phones, can also achieve a brilliant screen time of 10-12 hours. The goal is to get a phone that can pull through a full day of intense use at least. So, you should always check battery life before purchasing a device. Also, try and research if the phone you’re planning on buying has a decent power-saving mode. 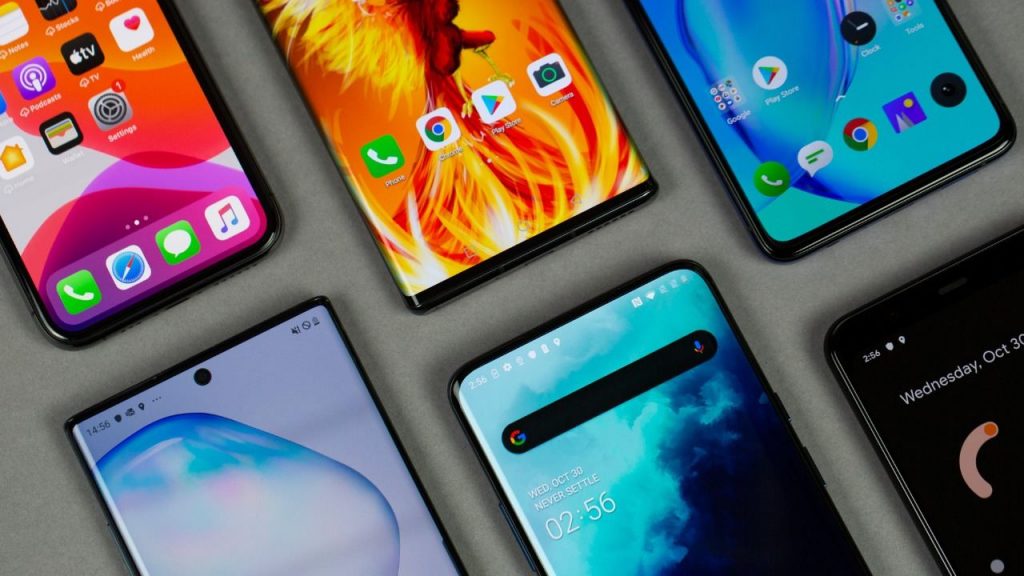 What not to consider (now)? You can say that evolution in design is really innovative and smart but it is simply too early to be completely reliable on fold-able smartphones. Our verdict? Hold off on buying fold-able phones for a few years.

In a developed country like US, you’re seeing a widespread of 5G integration (low band), it’ll be good if you’re buying a phone with 5G support to be future-proof. However, 5G integration in India is still few years away. So, it makes no sense just paying more to buy a 5G phone.

Now you’ve read and understood all the technical term related to smartphones, it will be easy for you to choose any model without hesitation.