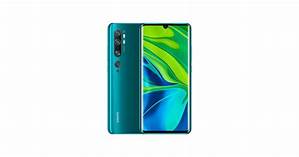 Xiaomi seems to be aiming to introduce the upcoming Xiaomi CC11 smartphone this month. The Xiaomi CC11 Series may have two devices which are the Xiaomi Mi CC11 vanilla variant and Xiaomi CC11 Pro. Moreover, both these devices are subject to numerous leaks from various legit websites. Now, ahead of the launch, the Xiaomi CC11 Pro model passes the required 3C certification in China. The 3C listing does not reveal the entire specifications. But does reveal the model number and fast charging details.

According to previous leaks, the Xiaomi CC11 Pro will come with an Octa-core Snapdragon 870 Chipset. Moreover, the device may feature a 1/1.3x-inch camera sensor with a periscope lens which might offer support for 5x Zoom. Talking about other specs, there is no information regarding the display size, battery, RAM, or storage configurations yet. However, we may expect the phone to arrive in 6GB/8GB RAM with a 128GB/256GB internal storage configuration. Probably, the Xiaomi CC11 series might run Android 11 out of the box with MIUI 12.5 skin on the top. The reports suggest that the Xiaomi CC11 vanilla variant may feature an OLED display with a 90Hz refresh rate. There could be chances that the device will get power from either Snapdragon 778G or 780G SoC. Furthermore, the device may feature a 64MP primary camera with a telephoto sensor.

As of now, this is all we got for this Xiaomi CC11 series smartphone as the company reveals no information on their behalf. We may expect the company to announce the launch dates at the end of the month.