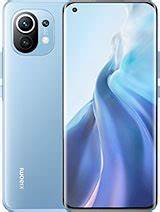 Xiaomi has been expanding its product portfolio right from the beginning of this year. The company is also rumored to revive the CC series with the launch of the Xiaomi CC11. The device was first tipped to be under development back in July. Now, another possible listing at the TENNA reveals the entire specs sheet of the upcoming smartphone.

The Xiaomi CC11 appears on the TENAA mobile authentication website with the same 2107119DC as earlier. However, the listing only reveals the specifications and not the design. The device will have 160.53*75.72*6.81 mm dimension and 157 grams in weight. The processor name is unknown. However, the unit is said to accommodate a 2.4GHz Octa-core chipset. Moreover, according to the list, the processor could be the Snapdragon 778G SoC which is also coming in Samsung Galaxy A52s 5G. The website does reveal 6GB, 8GB, and 12GB RAM. In addition, the storage configurations as per listings are 12GB, 256GB, and 512GB. Furthermore, the listing reveals that the device will feature an OLED display with 6.55-inch FHD+ resolution. The device is said to feature a 20MP camera upfront for selfies and video calls.

The Xiaomi CC11 is said to have three sensors camera modules with the primary one being a 64MP lens. In addition, the TENAA listing also confirms Android 11 OS topped with Custom MIUI 12 skin. The device will house a 4150 mAh battery with 33W fast charging support. Furthermore, the details on the Xiaomi CC11 availability remain uncertain. There are possibilities that this handset will debut first in China are higher than the global launch.