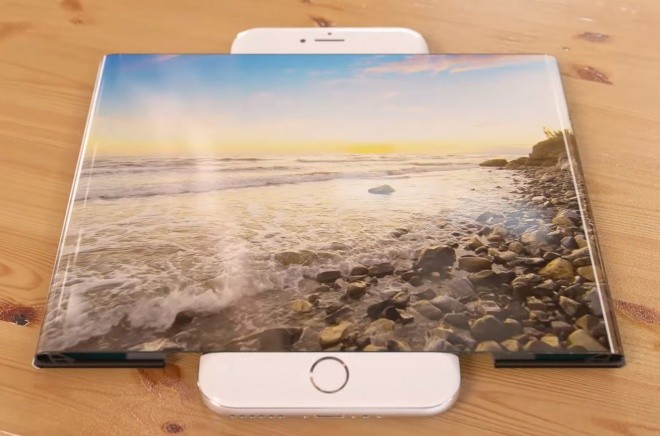 Apple has almost all its iPhones with a wide notch on top of the display. Even the latest iPhone series that is the iPhone 12 series has a notch on top. Unlike iPhones, Android phones have a hole-punch cutout on display. Moreover, giving the reason for notch top display, Apple says that the notch houses the secure Face ID sensors and the front Camera. But, it is not sure that Apple would pursue this display in the future. Moreover, the company has now a patent for an expandable display that hides the front camera. However, this display eliminates the notch display. Apple got its patency from the US Patent and Trademark Office(USPTO)

Moreover, according to Patently Apple, this is the fourth time such patent has been granted to Apple company related to iPhones with such expandable display. Furthermore, the company informs about this by posting an IP report that says that ” Apple wins their third Patent for a future iDevice with a scrollable Expandable Display”. The report states that this patent design is about expandable displays. And is very different from the other three patent designs. The fourth patent for iPhones explains that the expandable display design is to cover the camera/ notch of the phone.

According to Patent report, “Apples granted patent covers an electronic device with a window region that overlaps a movable portion on display. This may be useful to hide cameras and another input-output device from being visible when not in use. Moreover, there may be one or more adjustable windows in the device. The windows may overlap the devices in the device. However, the patent does not give any clue to think that Apple will bring no-notch iPhones in this way. Moreover, the company is still working on housing Face IDs and sensors under displays.